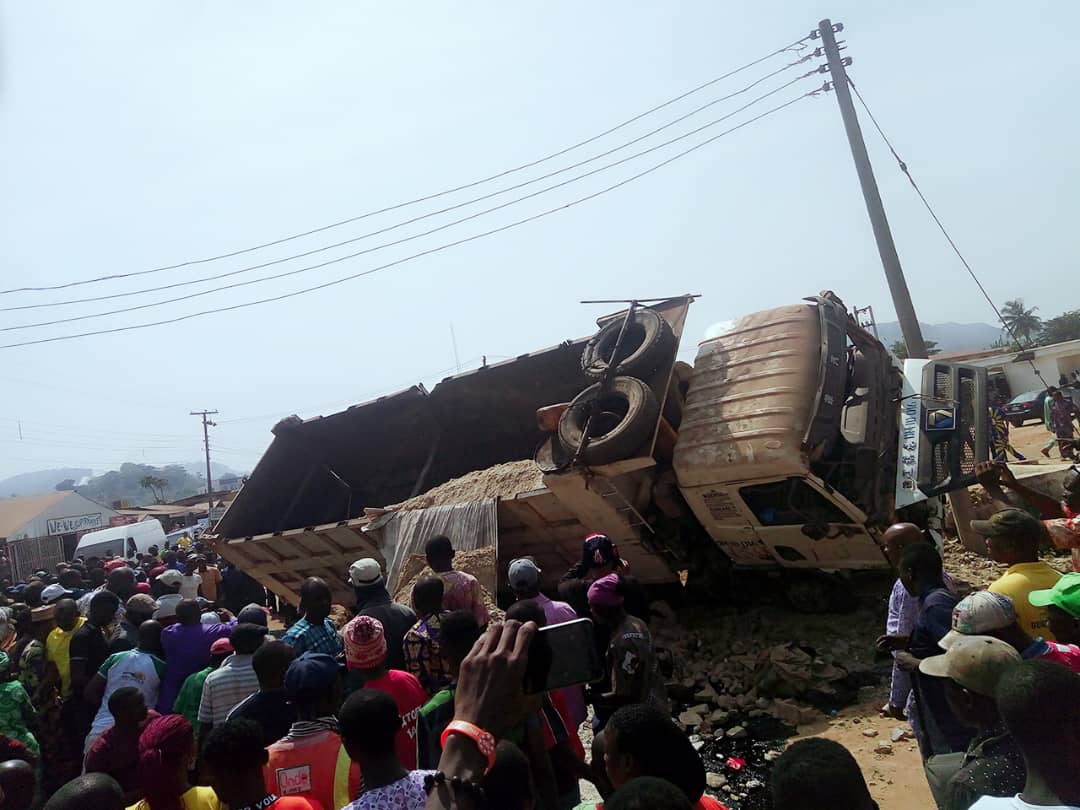 At least one person has been confirmed dead, while several others sustained injuries in a fatal road crash in Ikare Akoko, the headquarters of Akoko North-East Local Government Area of Ondo State on Tuesday.

It was gathered that the accident involved a truck, a Toyota Camry car, a Volkswagen golf car and two motorcycles.

The deceased identified as Sunday Olugboye was said to be one of the occupants of the cars involved in the accident.

According to an eyewitness, the truck lost control and rammed into the cars which were parked beside the road, allegedly killing the driver of the Toyota Camry car and injured other occupants of the car and the two riders of the motorcycles.

“The truck belongs to Dangote company and overan the cars while the two motorcycles riders were trapped along with the driver of the Toyota car.

“The injured occupants of the car who sustained various degrees of injuries were immediately rushed to State Specialists’Hospital, Ikare Akoko.

He warned motorists against excessive speed, especially during the festive season, urging them to put their vehicles in order before embarking on journeys.

When contacted, the Police Public Relations Officer of the state command, Femi Joseph, also confirmed the incident and said the driver of the truck ran away.

“We have commenced investigation into the matter and we are already on the trail of the fleeing driver,” Joseph stated.

The PPRO also said the deceased had been deposited at the morgue of the Ondo State Specialists’ Hospital while the injured had been treated and discharged.