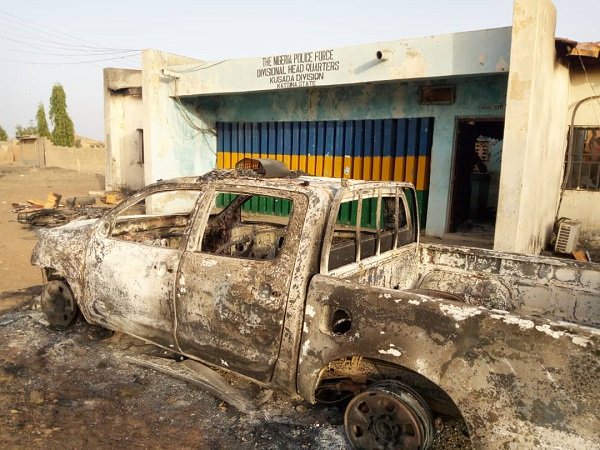 At least one person died on Saturday while a police station and the official quarters of a Divisional Police Officer were burnt down in Kusada, headquarters of Kusada local government area of Katsina State during a riot.

The riot follows the arrest of a religious group leader who allegedly led a Friday congregational prayer in the town despite the state government’s directive which banned large gatherings to prevent the spread of the coronavirus.

Seven vehicles and ten motorcycles were also set ablaze during the riot.

Ninety suspects have also been arrested in connection with the incident.

Eyewitnesses said trouble started when one Mallam Hassan conducted a Friday prayer in one of the Jummaat mosques in the town despite the state government ban on large gatherings.

Hassan was consequently arrested for questioning at the police Area Commander’s office in Malumfashi, the development which was said not to have gone down well with some of his followers.

The followers were alleged to have, on Saturday, attacked and overpowered policemen on duty at Kusada police division and set ablaze the police station and DPO’s Quarters.

They were also alleged to have burnt down seven motor vehicles and ten motorcycles in the premises of the police station.

The town was not accessible for several hours on Saturday because of the incident.

The spokesman for the Katsina police command, SP Gambo Isah confirmed the development. He said normalcy had returned to the town while investigation had already begun on the incident.

“It can be recalled that Katsina State Government under the leadership of His Excellency, the Executive Governor of Katsina State, Rt. Hon. Aminu Bello Masari, CFR, fnim, issued a restriction orders Nos. SEC.2/T/3 and SEC.2/T/14 dated 25th and 27th March 2020 respectively, directing for the total closure of its borders and suspension of large gatherings for the weekly Friday prayers and Sunday Church services while marriage ceremonies to be conducted in a low key across the state as part of measures taken to curtail the spread of the Coronavirus pandemic.

“However, yesterday(Friday) 27/03/2020 some disgruntled youths under the leadership of one Mallam Hassan tested the will of the state and conducted a Friday prayer in one of the Kusada jumat mosques.

“Subsequently, he was arrested for questioning at Area Commander’s office, Malumfashi which did not go down well with some of his followers.

“ Consequently, today(Saturday) 28/03/2020 at about 09:00hrs, this particular group organized themselves in such a tumultuous manner, rioting, attacked and overpowered the policemen on duty at Kusada Division, set ablaze the police station and DPO’s Quarters. They also burnt down seven motor vehicles and ten motorcycles in custody of the police station.

“ The Commissioner of Police, Katsina State Command, CP Sanusi Buba, psc ordered for the deployment of police patrol teams and a special joint security task force on the Enforcement of public gathering in the state led by DC Operations, to the area which have already restored normalcy. Ninety (90) suspected rioters have been arrested while one of the rioters lost his life as a result of the encounter. Investigation is ongoing.” 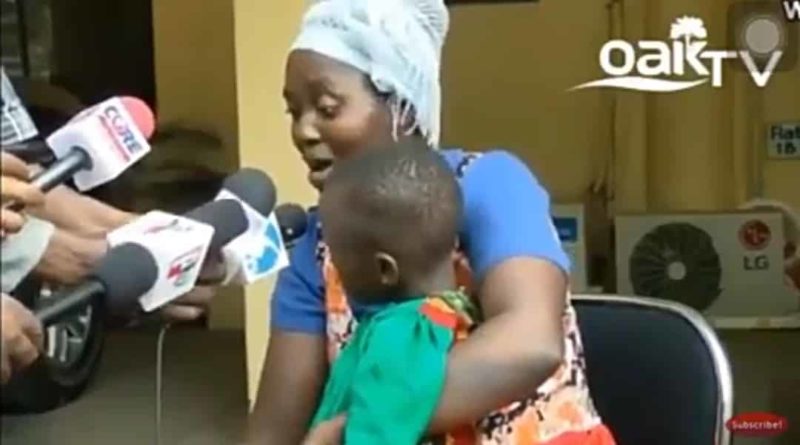 A four-year-old nursery pupil has recounted how her uncle in school took her innocence and raped her repeatedly while in school.

The video which recently surfaced on the internet shows the little girl narrating her sad encounter with the rapist identified as Elias.

The four-year-old revealed how her school uncle, Elias usually assaulted her whenever she got to school, and how he manhandles her private part.
The mother of the rape victim, identified as Ayele Esther also shared details of her daughter’s encounter — she shared how her daughter sustained injuries on her private part due to the sexual assault.
READ ALSO: For daring to eat his goat intestines, man kills 20-year-old brother in Ebonyi

Esther who broke into tears while narrating the ordeal of her daughter mentioned that the uncle usually lures her daughter with packets of sweets, and after raping her, he will warn her to keep quiet about the incident.

Social media users who saw this video have also advised mothers to be extra vigilant when it comes to their girl-child.

Watch the heart-rending video below; 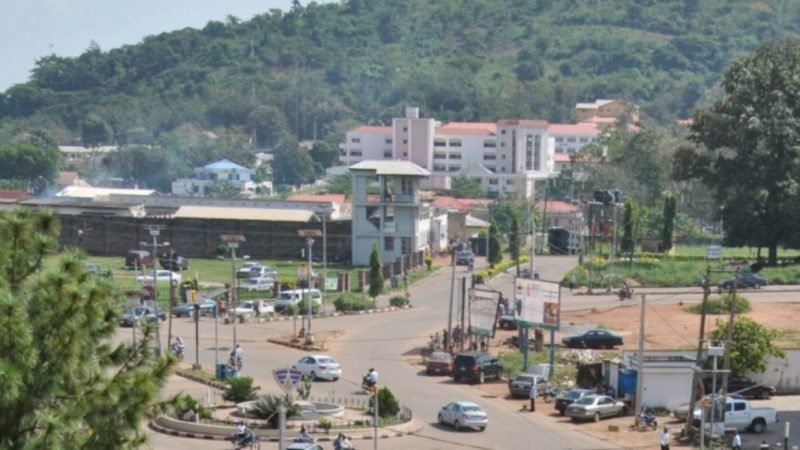 The Ekiti State Police Command on Wednesday confirmed the killing of a 78-year-old grandmother and widow by persons suspected to be ritual killers in Ikere Ekiti, Ikere Local Government Area.

The command’s Public Relations Officer (PPRO), ASP Sunday Abutu, who confirmed the incident, described it as “unfortunate and mysterious.”

Abutu said the investigation had begun into the case and that the Criminal Investigation Department had been directed to take over the matter.

He added that the corpse of the woman had been recovered and deposited in the morgue of the State Specialist Hospital in Ikere Ekiti.

Sources in the locality had earlier told newsmen that the woman, Mrs Sabianah Aranilewa, was not only killed, but her blood was also drained and vital organs removed by the ritual killers.

Also confirming the reports, the deceased’s son, Mr Eyitope Aranilewa, said his mother had earlier gone missing on Friday, May 29, around 6: 45 a.m while washing clothes at her residence along Moshood road, Odo-Oja area of Ikere-Ekiti.

He said his mother’s friend referred to as Mrs Ojolo first raised the alarm and organised a search party, but efforts to find her proved abortive until 4.00 p.m. when her corpse was found inside a stream with her throat slit and other vital organs removed.

“On that fateful day, I got a distress call that my mother was missing. It was my mother’s friend, Mrs Ojolo who resides within a short distance from her shop that raised the alarm when she did not see her in the shop

“The matter was immediately reported at the police station, but it was not long that information came that her body had been located at a place not far from the home.

“She was slaughtered like a goat and the corpse dumped in a shallow stream, flowing through the back of her home,” he said. 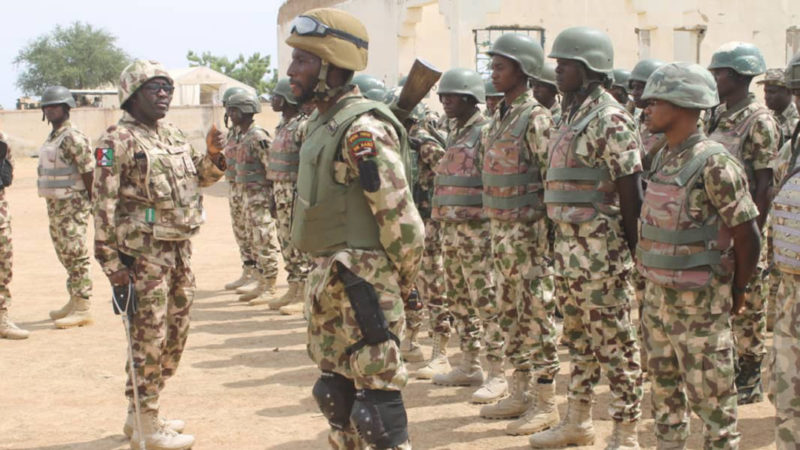 Troops of Operation Lafiya Dole have killed three Boko Haram commanders and 67 other fighters during counter-attacks in Firgi/Banki the axis of Borno state.

Those killed in attack include Manzar Halid, Amir Abu Fatima and Nicap among others, seventy-two members of the sect were also neutralised.

He said the failed attack on troops’ location occurred at Banki Junction and within the Response Firgi Area of 7 Division strike group.

On how terrorists were killed, he said: “Troops of Operation LAFYA DOLE carried out a counter-attack against the terrorists on May 26, 2020.

“After the attack, human intelligence confirmed the death of some high ranking commanders of the Abubakar Shekau’s faction of Boko Haram.

“Additionally, Seventy-two (72) members of the sect were also neutralised. Others wounded with slim chances of survival include some high profile Commanders and other fighters namely.”

He added that a large number of their equipment including gun trucks, motorcycles and bicycles were destroyed by troops.

He said the destruction was in collaboration with the Air Task Force during Boko Haram/ISWAP fighters’ withdrawal which was in disarray.

According to him, the blockade of their spy routes, networks, crossing points and logistics supplies had further crippled the terrorists.

He said that the blockade has limited terrorists’ freedom of movement and action to troops’ advantages.