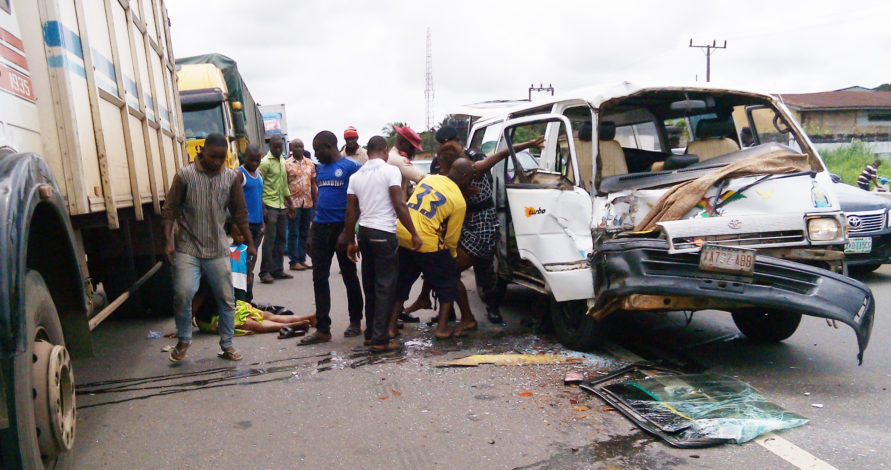 The Traffic Compliance and Enforcement Corps (TRACE) in Ogun State on Saturday says a man died while nine other passengers sustained various degrees of injuries in an accident on the Lagos- Ibadan Expressway.

TRACE Spokesperson, Babatunde Akinbiyi, told newsmen in Abeokuta that the accident involving a Mazda bus and a Mack tanker occurred at 10:15 am near Saapade bridge after Ogere.

“The bus marked KRE-495 XA was coming from Ibadan while the tanker with registration number LND-868 XN was inbound Ibadan from Lagos.

“The bus driver didn’t calculate well before overtaking the vehicle in its front which resulted in a head-on collision with the tanker, which was on its rightful lane,” he said.

Akinbiyi explained that five male adults and four female adults sustained injuries while one male adult died in the accident.

The TRACE spokesman said that the injured victims were taken to the State Hospital, Isara, while the deceased was deposited at FOS Mortuary, Ipara.

Akinbiyi advised motorists to always keep to the 50km speed limit at construction areas/axis in order to avoid mishaps.(NAN) 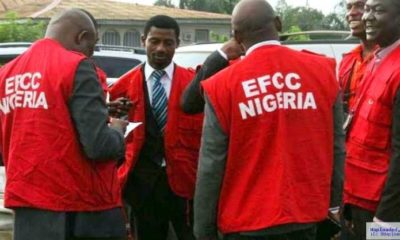 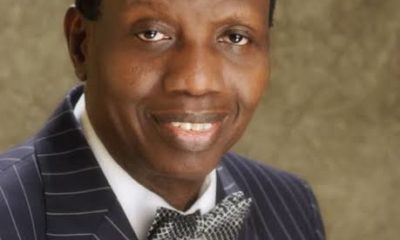 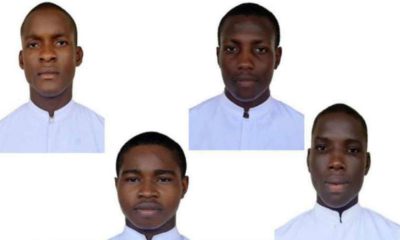