A bloody clash among members of the National Union of Road Transport Workers (NURTW) has claimed the life of a driver at Igogo-Ekiti, in Moba Local Government Area of Ekiti State.

The News Agency of Nigeria reports that several others, who were also injured in the fracas, are currently receiving treatment at an undisclosed medical facility in the state.

The Police Public Relations Officer, Ekiti State Command, DSP Caleb Ikechukwu, confirmed the death of one of the drivers.

“We heard that it was a clash between two drivers and one of them was said to have hit the deceased with a substance suspected to be a charm and died.

“Due to the fact that a life was lost, it got escalated, but the Commissioner of Police, Mr Asuquo Amba, quickly drafted more men to the area and normalcy has since been restored,” he said.

Ikechukwu said that the principal suspect had been arrested and detained by the police, adding that investigations had commenced on the incident.

Sources within the town disclosed that trouble started over the issuance of daily tickets, as one of the drivers, who disagreed over the ticket allegedly beat his colleague to death.

An eyewitness said one of the drivers had obtained a ticket earlier and reportedly declined payment when asked to come and pay after some hours.

The situation, the source added, resulted in hot argument which thereafter snowballed into a free for all.

“As they started exchanging blows, one of them brought out a substance suspected to be a charm and hit the other.

“He fell immediately and became unconscious, and all efforts to revive him proved abortive,” the source explained.

Another source said that the commercial drivers used all kinds of dangerous weapons like cutlasses, cudgels and bottles during the fracas.

NAN reports that the clash paralysed commercial activities in the town before the policemen were drafted to the scene.

When contacted, the state Chairman of NURTW, Osho Farotimi, condemned the incident, describing it as a sad development.

Robbers attack bank with dynamites in Ekiti, cart away money 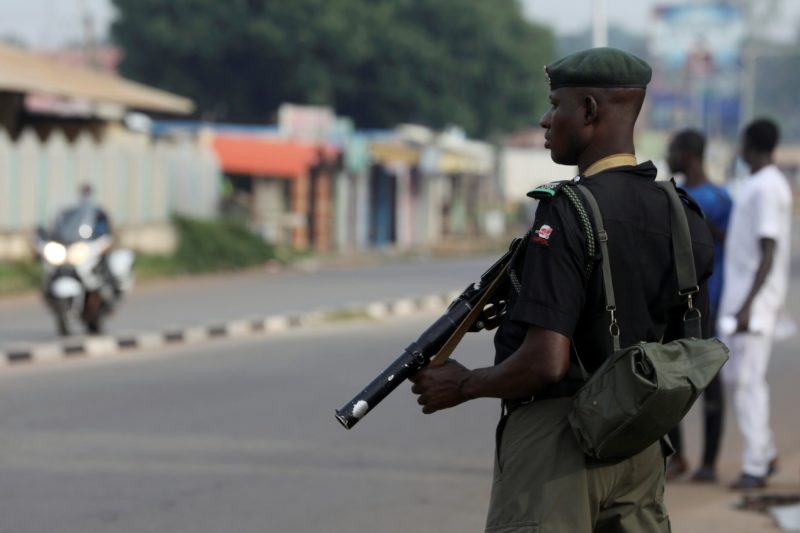 Customs Excise and Preventive Service (CEPS), Division of the Ghana Revenue Authority in the early hours of Tuesday arrested 24 Nigerian nationals for allegedly entering the country through unapproved routes.

The immigrants, that included; five females admitted entering the jurisdiction and were Nigerians but refused to give reasons for their entry.

Chief Superintendent, Mr Shradrach Azangweo, South Tongu District Commander of the Ghana Immigration Service told the Ghana News Agency that the culprits would be moved to Aflao to assist in further investigations.

“None of them has been able to give a good reason for crossing into the country having breached our immigration laws and we intend to send them to Aflao for further investigations,” he said.

He said the immigrants had their temperatures taken with initial investigations and were likely to be quarantined at Aflao.

Mr Azangweo said the Immigration service would not allow them to continue their journey and they would all be repatriated after their COVID-19 status so that they do not endanger the lives of other people.

He said the culprits were assisted by ‘Okada’ riders and public transport drivers to the point of arrest.

He warned the drivers and Okada riders of serious repercussions for them, as they continued to facilitate the movement of the West African nationals into the country saying “you will endanger your life and other members of the public for possible infection of the virus.

“We will advise the public to support in this fight since the COVID-19 cases keep increasing, we ask everyone to be vigilant and report any suspicious characters of foreign extraction to us because we cannot do this alone,” he said. 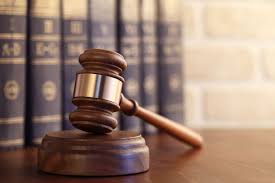 The police, on Wednesday, arraigned a 21-year-old man, Adewumi Temitope at an Ado-Ekiti Magistrates’ Court for alleged break-in and stealing.

The defendant, who is of no fixed address, is standing trial on a two-count charge of break-in and stealing.

The police prosecutor, Insp Oriyomi Akinwale, told the court that the defendant committed the offense at about 2 p.m. behind Fabian Hotel in Ado-Ekiti.

He alleged that the defendant broke into the shop of one Mrs. Oluwadare Temitope and stole an Infinix phone valued N20,000.

Akinwale also alleged that the defendant between 1 a.m. and 4 a.m. entered the house of the complainant, as well as tore window nets in the premises to steal the property belonging to the occupants of the house.

The prosecutor asked the court for an adjournment to enable him to study the case file and present his witnesses.

His counsel, Mr. Gbenga Ariyibi, urged the court to grant him bail, with a promise that he would not jump bail.

The Magistrate, Mrs. Taiwo Ajibade, granted bail to the defendant in the sum of N50,000 with two sureties in like sum.

She adjourned the case until July 14 for hearing.