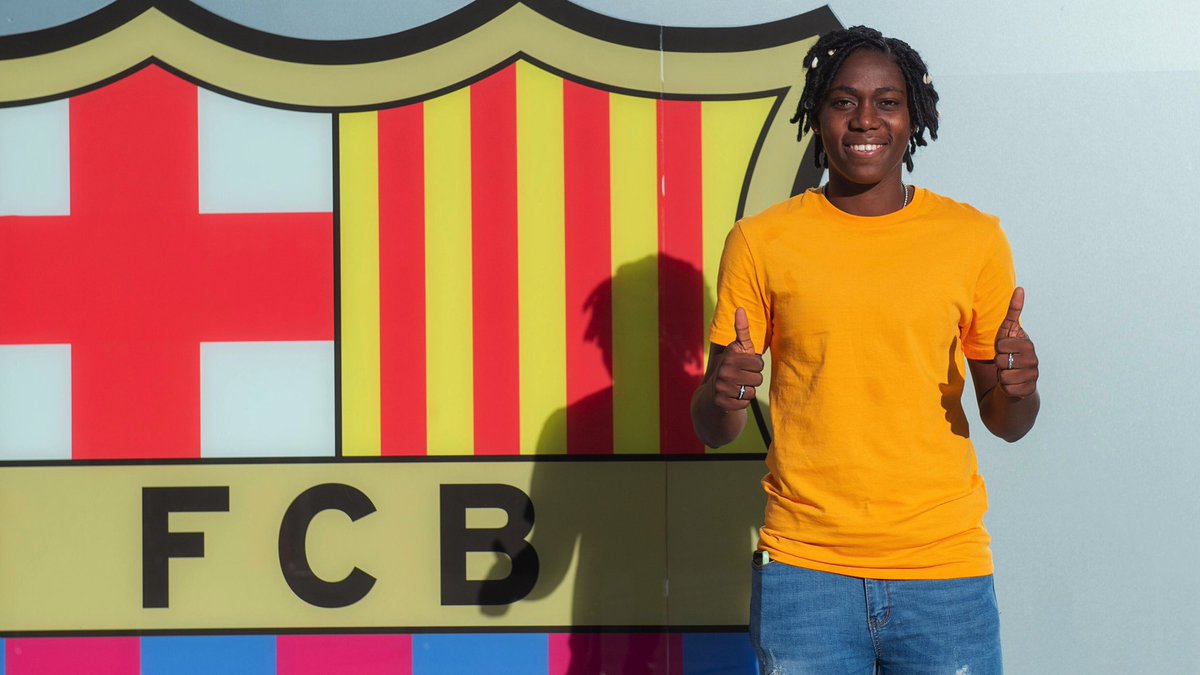 Asisat Oshoala got the only goal for Barcelona as they defeated Montpellier 1-0 in Sunday’s international club-friendly.

The Spanish side were drawn against Juventus in the Women’s Champions League Round of 32 on Friday and aimed to end their tour on a high after wins over Marseille and Arsenal.

The French ladies were hoping to conclude their pre-season campaign on a fine note ahead of their French topflight opener against newly-promoted Stade de Reims.

However, Oshoala’s strike just six minutes into the contest at the Stade Bernard Gasset was all Fredrik Bengtsson’s side required to secure a morale-boosting win over the hosts.

The Nigeria international has now scored seven goals in four games this term, to increase her tally to 15 goals in 15 appearances since joining last season’s Champions League finalist in January 2019.