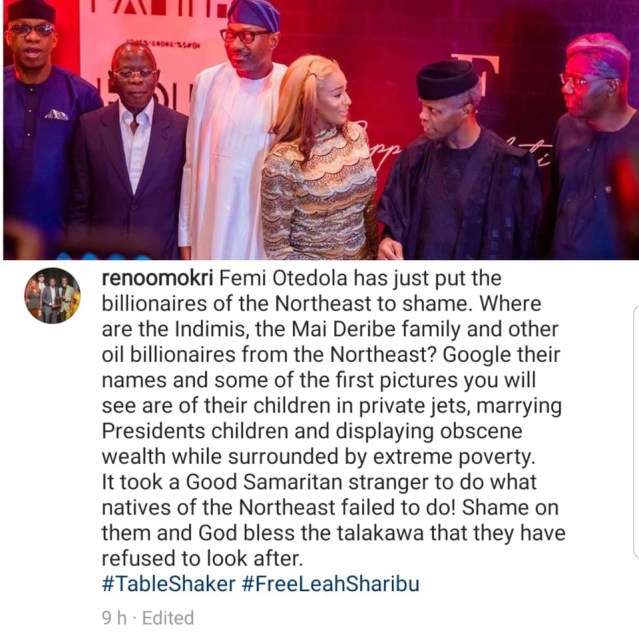 Earlier today, Reno Omokri took a swipe at the Indimi family and other wealthy Northern families.

This came after billionaire businessman, Femi Otedola, donated N5 billion for the upkeep of impoverished children in Borno, Adamawa and Katsina state.

”Pictures of them in private jets, getting married to the children of presidents as well as displaying obscene wealth while surrounded by extreme poverty.”

Well, one of the Indimi children, Zara Indimi, has clapped back at him.

See what she wrote below:

“Pls take that up with god because your spouse is predestined by god only. For you to put Alhaji MAi Deribe in your mouth 16 years after his death, before Boko Haram came into existence just speaks of your bitterness for the wealthy. While we are at it can you pls tell us other than being a former presidential aid, what your accomplishments are and what you have done for your own community.

“We are not ashamed, we are proud of who we are and what we have done. We are a family that feels for the people around us. We are a family of entrepreneurs that employ. Unlike what you may like people to believe but we all started from the bottom. Me and my sister started our business with a muffin pan in my kitchen and We built it to what it is today as did all my siblings. Before telling people to google us, you should have googled us.” 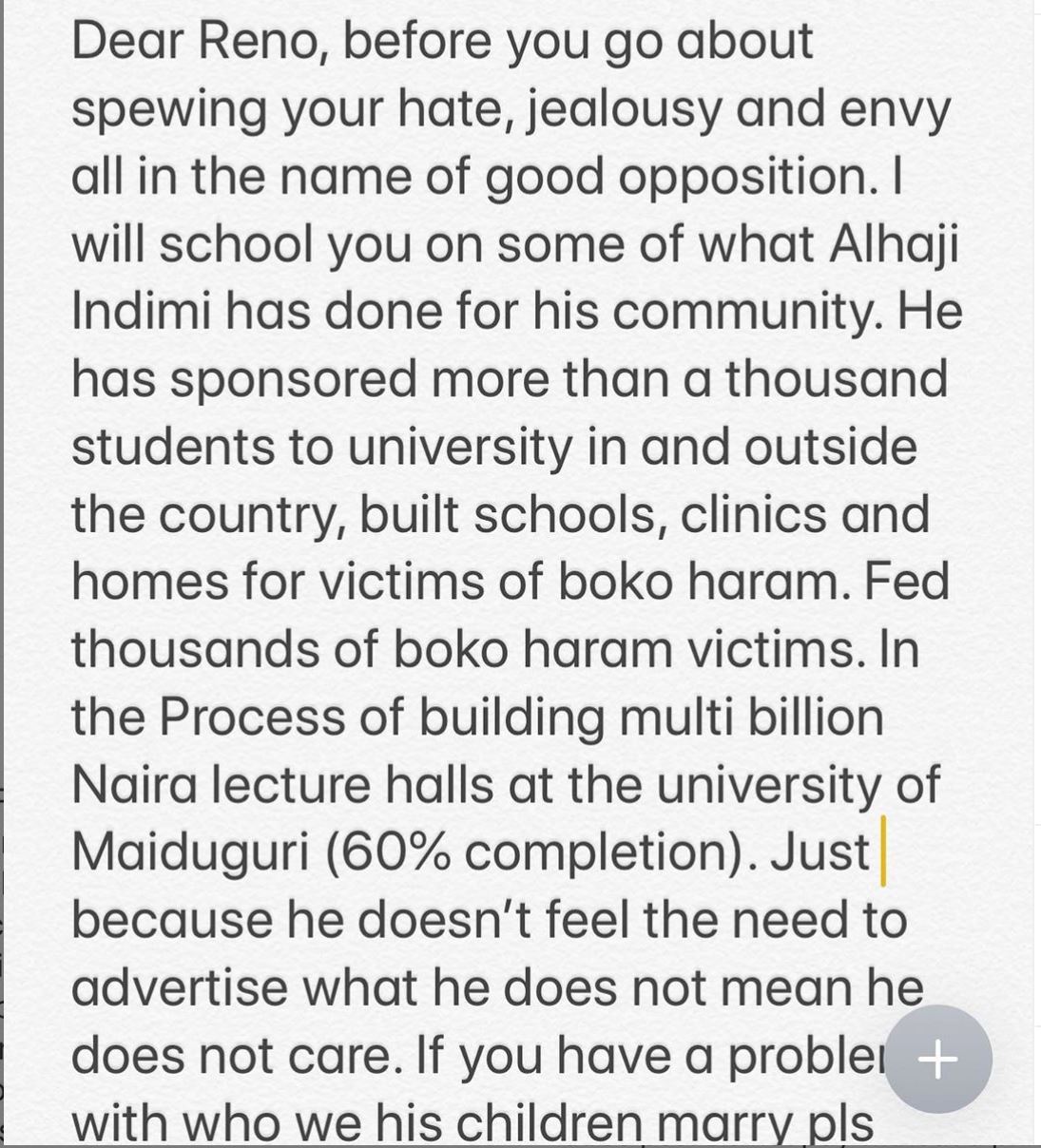 MORE READING!  "Hushpuppi is a genius, an icon" Music promoter Klever Jay Ikell says as he reveals he will frame the alleged fraudster's photo in his house
Related Topics:FeaturedFemi OtedolaIndimiInstagramReno Omokri
Up Next 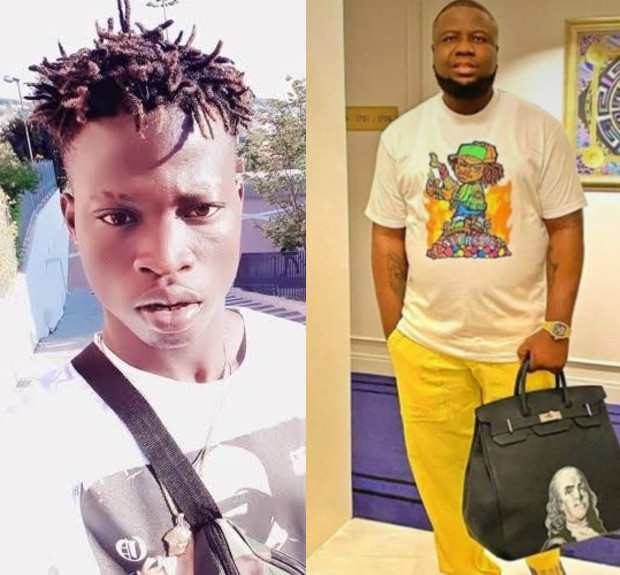 Music producer and artist manager, Klever Jay Ikell has hailed Hushpuppi as a genius and as an icon who sacrificed himself for generations to come.

Ikell said he will tell his children about the alleged fraudster and will frame his photo in his home.

Sharing a photo of Hushpuppi, he wrote:

“You are not just a genius, you sacrificed yourself for generations to come in your family, your sister died in Luth because of 3500 Naira hospital bills (typhoid and malaria ) you stood up and clear poverty from your family, who I’m I to judge you, who has seen real poverty will understand hunger and taste for wealth, you are not Pablo but you are ray hushpuppi, I will tell my kids about you. ICON GANGAN. No saint in the world, even J.P. Morgan chase smuggle cocaine, definitely, I’m getting your frame in my abode.” 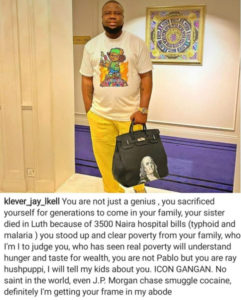 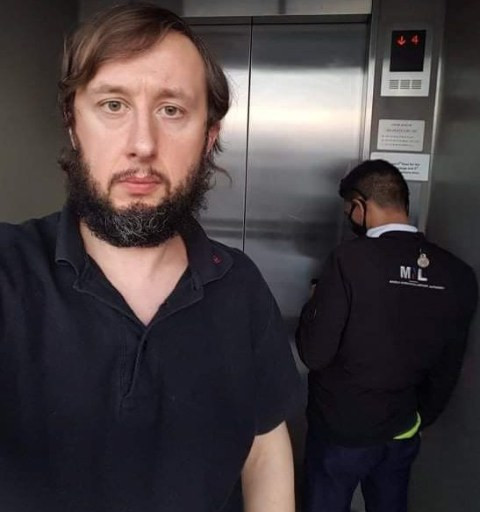 A tourist, Roman Trofimov, is desperate to be rescued after spending 110 days living in an airport in the Philippines due to the coronavirus pandemic.

According to Trofimov, who resides in Estonia, he landed in Manila airport from Bangkok on March 20 but was denied access to the country as entry visas were no longer being issued for arrivals due to Covid-19.

Trofimov who heads an onward flight to Cebu, in the Philippines, said he booked for the same day he landed in Manila and a return flight to Bangkok for April 2. Both were canceled due to the coronavirus pandemic.

MORE READING!  "Hushpuppi is a genius, an icon" Music promoter Klever Jay Ikell says as he reveals he will frame the alleged fraudster's photo in his house

According to him, his passport was then taken from him before he reached immigration personnel. The airline he had traveled to the Philippines with, AirAsia, was then unable to return him to Thailand, as he was told he would have to wait for Enhanced Community Quarantine to be over until he is allowed to travel back.

The lockdown, imposed by the Philippine government on March 16 restricts all travel for anyone, not a diplomat, medical or humanitarian worker.

Mr. Trofimov, has been sleeping in the airport departures hotel room and surviving on food and snacks donated by staff and likens his situation to a prisoner.

According to him, he has repeatedly asked his embassy for help but they were unable to organize a repatriation flight.

He said: ‘My health is getting worse because of malnutrition, lack of sun, and fresh air. I have no other choice, but to go public please share with news agencies.’

Mr. Trofimov told Estonian broadcaster ERR that he can only be ‘taken back by the airline’ which brought him to Manila.

He said: ‘They took my passport and will give it back only when I fly to Estonia. But they don’t fly to Estonia, they don’t fly anywhere currently. I am told to wait all the time until flights are restarted. ‘I was offered an opportunity via Turkish Airlines, but they also don’t fly currently. So I am waiting, the departure date has been delayed four times now. They are extending the emergency situation here, the country is still closed.’

‘My health is getting worse because of malnutrition, lack of sun, and fresh air. I have no other choice, but to go public please share with news agencies.’ 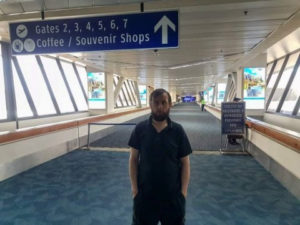 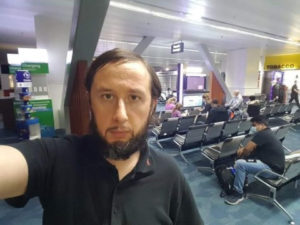 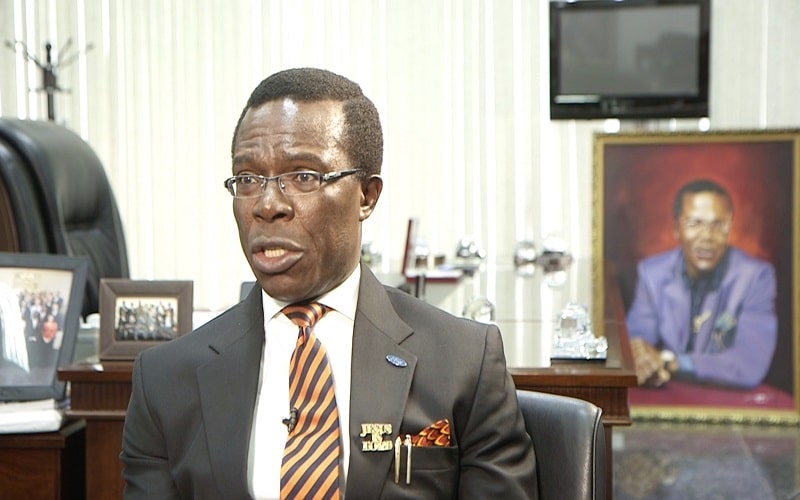 Nigerian billionaire businessman and philanthropist, Cosmos Maduka, who is the Chairman of Coscharis Group, has revealed why his wife, Mrs. Charity N. Maduka owns part of the company.

Mrs. Charity N. Maduka is the Vice – President of the Coscharis Group since its inception as the co-owner of the conglomerate.

In a recent interview with Newsmen, Cosmos Maduka spoke about the impact his wife had in the early days of his career.

According to him, when he met her, he was poor and had nothing, he said his pocket was empty but his faith was full at that time.

Cosmos Maduka revealed that the parents of Mrs. Charity N. Maduka belonged to the upper class at that time, and believed she was insane for wanting to marry him.

MORE READING!  "Hushpuppi is a genius, an icon" Music promoter Klever Jay Ikell says as he reveals he will frame the alleged fraudster's photo in his house

Despite all the hurdles, she stuck with him and the pair married.