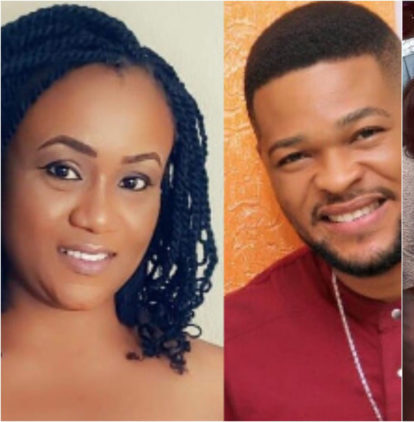 The sister of the defunct P-Square music duo, Peter and Paul Okoye, Mary Okoye, has allegedly walked out of her marriage with hubby Emma Emordi.

Mary said on social media that she found out her husband is a thief and cheat who at some point in their marriage infected her with STD.

Taking to social media to announce her separation from her six-year marriage, Mary brought out all the skeletons hidden in her marital closet and prayed no woman will go through what she experienced at the hands of Emma.

Reacting to a Facebook post which asked users “what their ex was good at”, Mary alleged that Emma was sleeping around and also stealing. She wrote;

“Sleeping around and stealing, so hes good for nothing and usrless to his family and the world.”

In a rejoinder comment after being queried on why she will publicly paint her ex dirty, Mary alleged that she was infected with STDs by the actor and also caught him in bed with another woman.

MORE READING!  Just wedded man returns wife to her parents in Edo, says her private part is too wide

“My dear, don’t take it personal ok… It is I of experience. Wait until you get married to a man who will once you with STDs, steal all you ever worked for. You catch him in bed with another woman. And then he will tell you he gained nothing from the marriage even after giving him a son, then you will know where I’m coming g from. I pray you never meet such.” 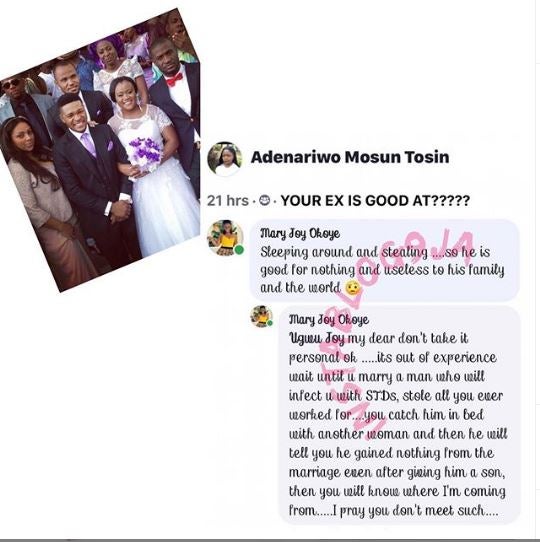