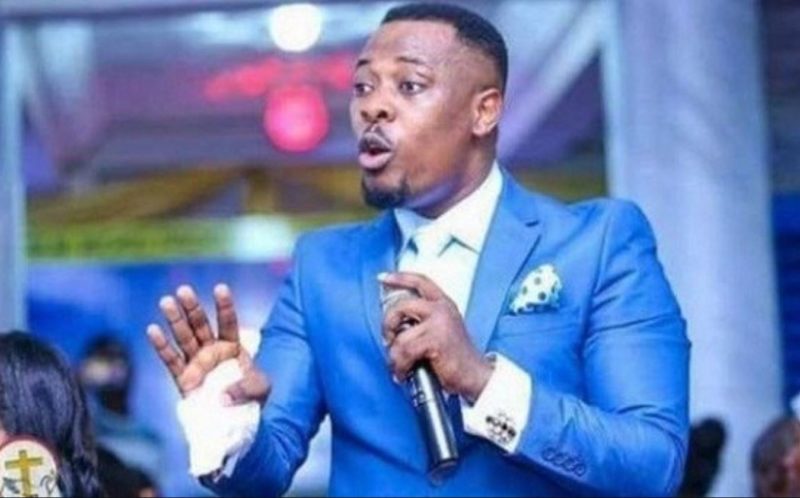 Prophet Nigel Gaisie has stated that he can raise Kobe Bryant back to life if given 10% of his net worth.

The Ghanaian clergyman stated this while delivering a sermon to his congregation.

He also revealed that as part of the deal, he will raise the late NBA legend’s daughter, Gianna Bryant, back to life.

“The Lord just took me into the spirit world, and I have seen a great man fall.

This news will shake the entire world because of how great this man is. I see a lot of people on social media talking about the man for weeks to come and I see a lot of sad faces.”

“America will mourn this great man. The Lord then instructed me to announce to the family of this man, the American embassy in Ghana and the entire world that He the Lord has not sanctioned the death of this man.

He again said to me,

‘Nigel, tell the family of this man and tell the entire world, should they agree to pay my tithes and offerings I will use you as a vessel to bring this man and his daughter back to life.’”

Prophet Nigel asserted that without the 10% offer, there was no way he could bring the man and his daughter back to life because that was the instruction from the Almighty God Himself.

“The man is worth 500 million dollars and should the family agree to give 10% of his income to me, I will bring them back to life. Thus sayeth the Lord! Without the money, I cannot bring him and the little girl back.”

He also told his congregation to pray in tongues and gives thanks that his church is about to be used by the Lord for the great mission.