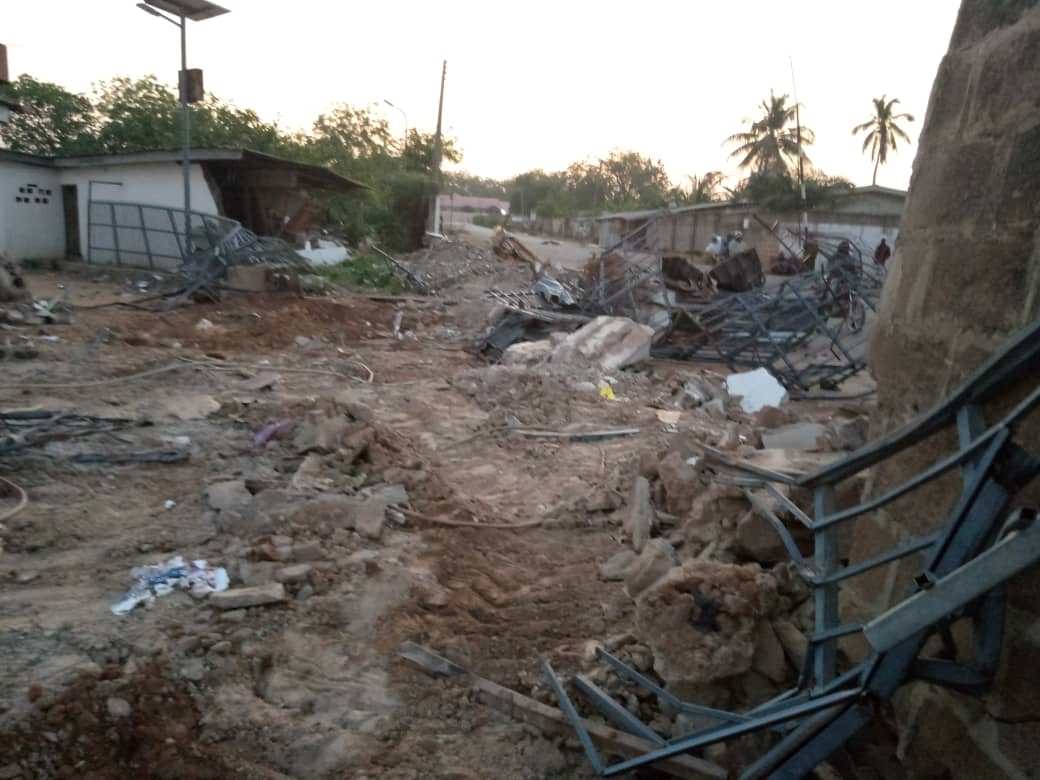 The Peoples Democratic Party (PDP) has condemned the demolition of a property belonging to the family of a former President of the Senate, Dr Bukola Saraki, in Ilorin, Kwara State.

The Kwara State government demolished the property, located at Ilofa, Ilorin in the early hours of Thursday.

In a statement on Thursday by the spokesman for the PDP, Kola Ologbondiyan, the party described the demolition as wicked, cowardly and a direct recipe for crisis in the state.

The party said the action of the state government was borne out of hatred and political intolerance, adding that it was in furtherance of a larger plot by the All Progressives Congress (APC) administration “to intimidate, suppress, hound, crush and silence opposition and dissenting voices in our country, in the bid to foist a siege mentality on the citizenry”.

The PDP dismissed the reasons given by the Kwara state government for the demolition.

Though the Kwara State government had claimed that the land was “spuriously” allocated to the late patriarch of the Saraki family, Dr. Olusola Saraki.

But the PDP said the reasons were baseless, false and incongruous, as “they fail to add up, to justify the ferocious invasion, harassment of citizens and demolition of the said property”.

Chiding the Kwara state government further, the PDP said, the demolition was a complete subversion of the rule of law, stating that the matter was already in court.

“The APC-led Kwara state government could not wait for the outcome of the court process apparently because it knows that it is pursuing an illegal agenda.

“Nigerians know how the APC and its government have been hounding, harassing and dragging Senator Saraki around over trumped-up charges, for daring to be among compatriots at the forefront of the quest to rescue our nation from misrule and strangleholds of the APC and its cabal.

“The APC and Kwara state government should perish their idea of trying to use false claims and propaganda to justify their wicked act and take over the property, as such cannot hoodwink Nigerians from the truth.

“Moreover, the timing of the invasion and demolition, in the wee hours and under the cover of darkness, is a direct indication that the state government was carrying out an unwholesome and condemnable operation during which defenceless women were fired with gunshots.

“The PDP invites Nigerians to note that demolition of property, genuinely belonging to opposition leaders and other Nigerians perceived to be opposed to APC’s oppressive administration, has become a policy of the APC and its government in their bid to subjugate Nigerians and exclusively appropriate our common patrimomy for their selfish purposes.

“Nigerians have not forgotten how APC leaders, including those at the Presidency, applauded whenever property belonging to perceived political opponents was unjustly and viciously pulled down in APC-controlled states and even in Abuja,” the PDP said.

The party cautioned the APC and the Kwara state government against crossing the boundaries and stretching the forbearance of the people, which the PDP said was already causing tension that could trigger serious unrest in the country.

“It is also instructive to note that in the years the PDP governed Kwara state, there was no case of government demolishing the property of opposition members or supporters under any guise whatsoever.

“Our party therefore stands with Senator Saraki and cautions the Kwara state government to henceforth steer clear of the property,” the PDP added.