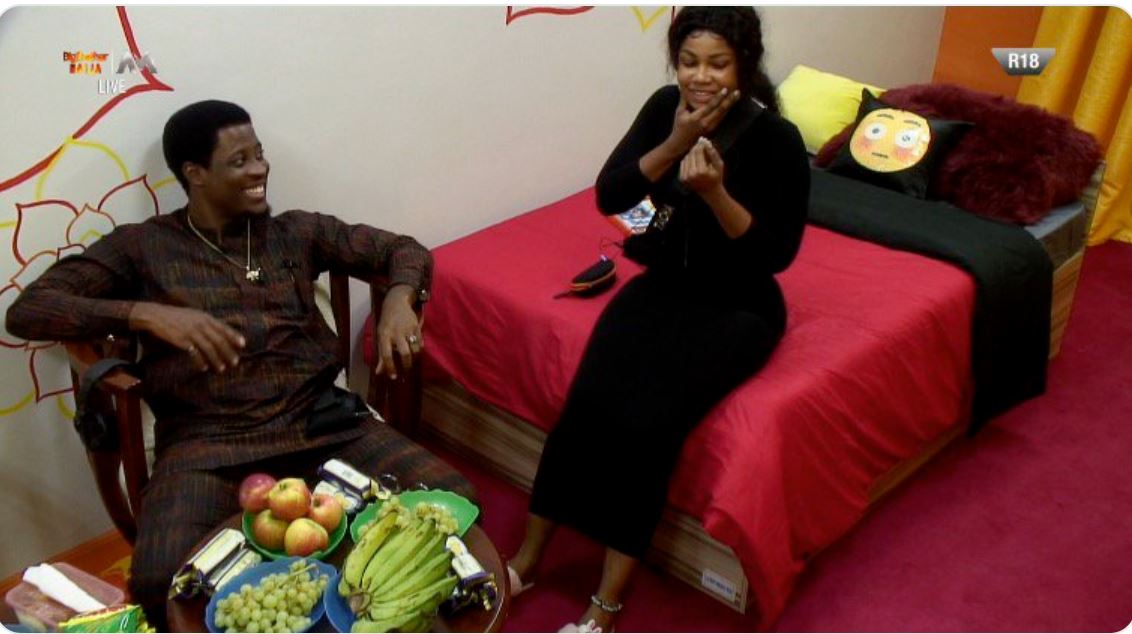 Big Brother Naija housemates, Seyi and Tacha, have been moved to the secret room after a fake eviction from the house on Sunday.

Neither the “evicted” housemates nor the remaining #PepperDem gang are aware that Sunday’s eviction was actually a fake one.

Seyi Awolowo has had many highs and lows in his three decades of existence. The entrepreneur once tried to commit suicide but has since risen above that dark period of his teenage years and has turned his life around.

He is committed to his journey of self-acceptance, his girlfriend and his beliefs. He demonstrates the latter with a “Jesus’’ tattoo across his arm. Seeing his own face on a billboard for the first time is one of the highest moments of his life so far.

Meanwhile, Tacha has always wanted to be on Big Brother Naija. It comes as no surprise then, that getting picked to be a Housemate this season, is the highlight of her life.

MORE READING!  Only poor people question how celebrities made their money - Jeremiah Ogbodo

This flashy 23-year-old Rivers State native lives her life like her favourite musician Cardi B does. Tacha says she would pick her phone oversleep, any day. Although losing her mom weighs heavily on her, the experience has taught Tacha to be strong.