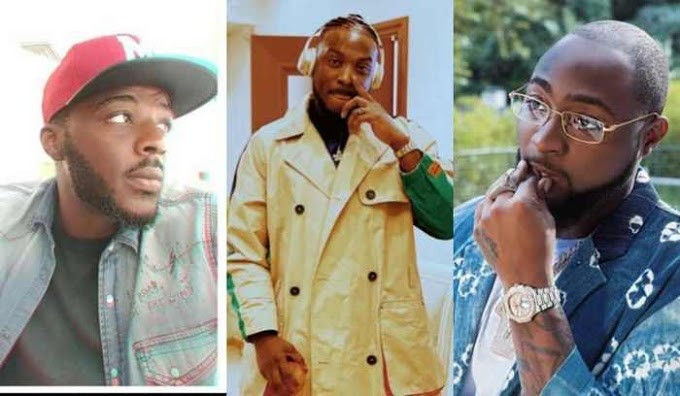 Peruzzi’s former manager, King Patrick of Golden Boy Entertainment, who has been at loggerheads with the singer and his record label Davido Music World (DMW) over alleged breach of contract has dropped a bombshell that could tear the home of Davido apart.

Patrick took to Twitter to sub a tweet by Davido and alleged that his signee Peruzzi was sleeping with Chioma before pimping her to OBO, claiming she is his cousin.

“If you’re depressed, remember that you’re not alone. God is with you always. Don’t be afraid to reach out to people in your family, your church or your close friend circles.

Ask them to pray with you and don’t give you drugs! Hope you feel better bro. Crackhead!

“If you’re Feeling stupid and you’re out there popping babies and giving girls STDs, don’t be sad, reach out to loved ones and get advise from your Huncho on how to fuck his Side Chick and pimp her out to you as his cousin.. Let’s be guided pls. Incest is a Sin.”

Patrick’s claim is coming a few days after he engaged DMW in a Twitter war over Peruzzi’s contract. He had asked for compensation for all the money he claimed he spent on Peruzzi before he was hijacked to DMW, a request that has continued to fall on deaf ears.

Some social media users have posited that he deliberately made the allegation to cause discord in the relationship between Davido and Chioma and DMW crew members.