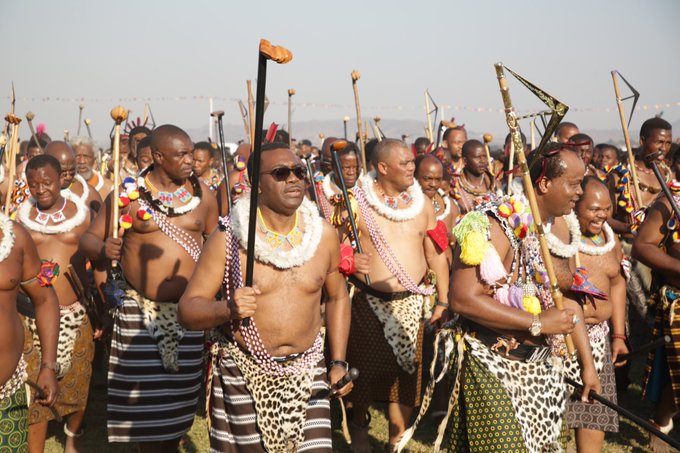 President of African Development Bank, Akinwumi Adesina, was honoured by Swaziland King, Mswati III of Eswatini, on Friday during his visit to his kingdom.

Sharing his experience in a tweet, Adesina said he was allowed to dress like the king when he visited the Kingdom of Eswatini.

The AFDB president also said being dressed as a king is the greatest honour in Switzerland.

“The King Mswati III of Eswatini gave me the greatest honor ever: to be dressed like the King and jointly march during the traditional royal Reed dance event.

The Umhlanga Reed Dance is a traditional dance and ceremony where up to 40 000 Swazi maidens gather and dance for the Queen Mother. This Swazi cultural event is performed as a tribute to the Royal Family and dates back centuries in time.

MORE READING!  No ransom paid for release of our abducted staff - Solidarites International 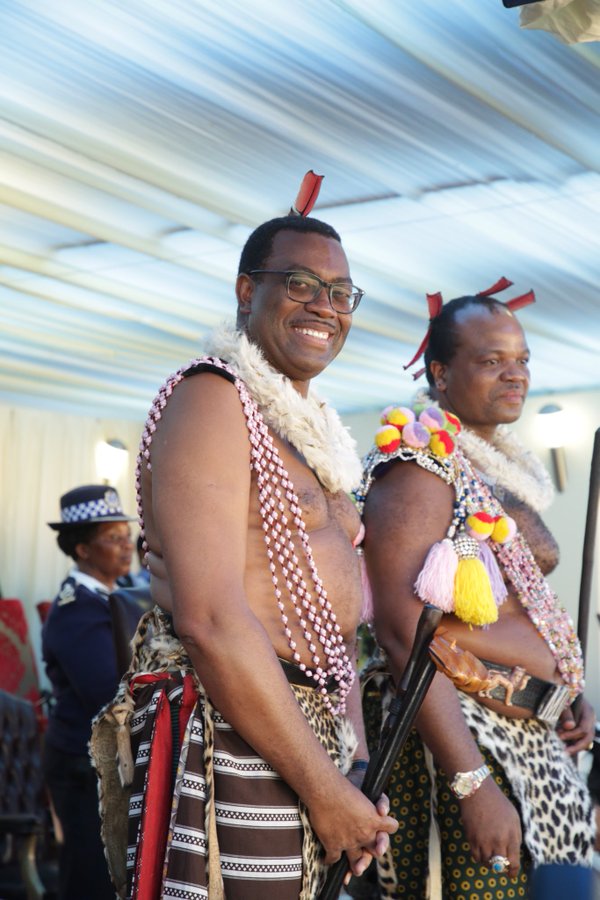 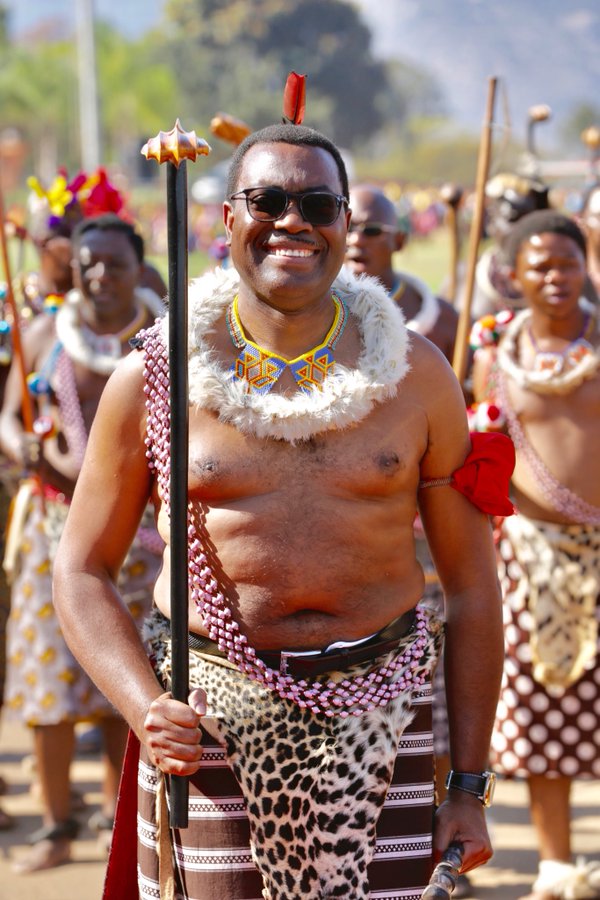 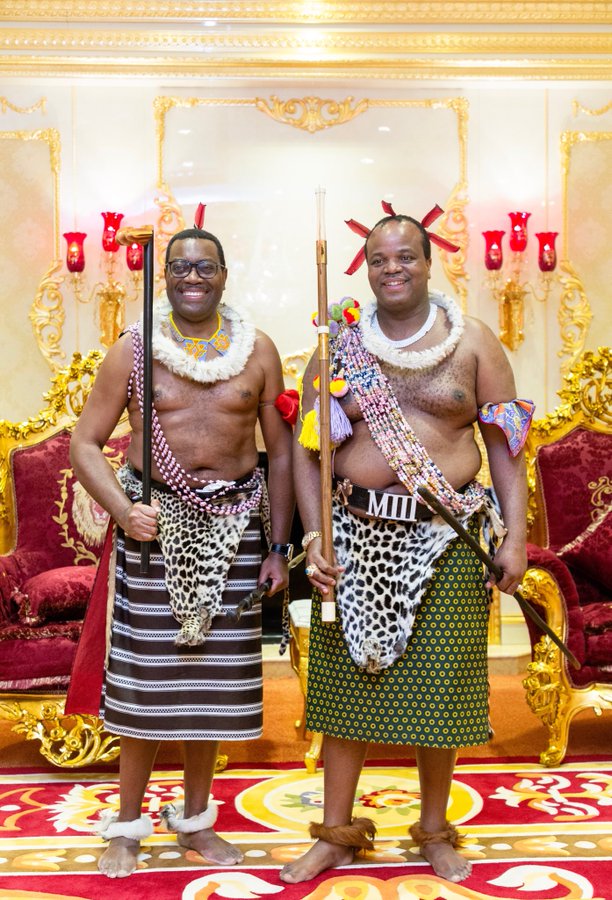 Adesina, who is a one-time minister of agriculture, became the AfDB president in 2015.

He has since expressed his intentions to seek second term in office after his tenure expires in 2020.

He claims he rolls with my bosses, why didn’t he call them when we shut down his party, Runsewe mocks Bobrisky [Video]
Frank Donga proffers ‘solution’ to SARS brutality