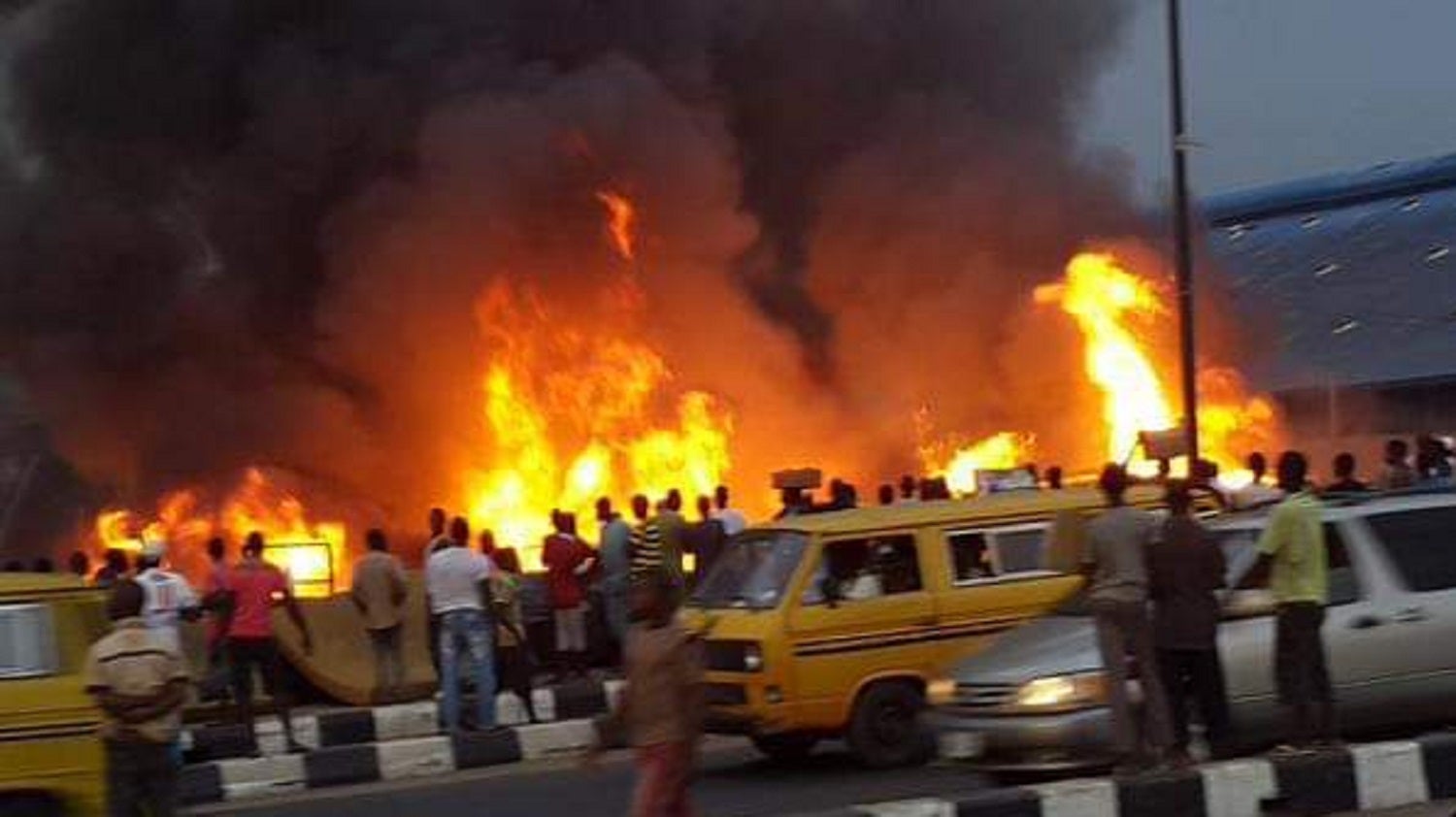 Over 200 buildings are believed to have been gutted by fire following a pipeline explosion at the Abule Egba area of Lagos.

The fire, which started this evening, was alleged to have been caused by vandals who were attempting to siphon fuel from an NNPC pipeline.

According to eyewitnesses, the fire has spread to u-turn, Gatankowa Market – popularly known as Super-  and Ilepo areas and is said to still be spreading.

No word on casualties has so far been reported.

“My wife alerted me about the explosion. She said the fire was serious.

“I have called firefighters, they told me that they were already on their way. They said someone had already alerted them about the fire.”

Another eyewitness, who gave his name as Paul said:

“There’s panic everywhere. Some people ran out of their apartments stark naked.”

Preliminary investigation revealed that the inferno was as a result of pipeline vandals who bursted one of the oil pipelines in the area to siphon the product.

Public Relations Officer of the Lagos State Fire Service, Mr Amodu, who confirmed the incident, said there was no casualty at press time. The raging fire has displaced several residents who have fled their abodes for fear of being caught up in d inferno.

Also, Lagos Commissioner for Information and Strategy Gbenga Omotoso has reacted to the Pipeline outbreak at Abule Egba, Lagos Nigeria today the 19th day of January 2020.

“A pipeline fire has been reported at Abule-Egba. LASEMA and other security/emergency agencies have activated their machinery to fight the fire”. Two bodies have been recovered by LASEMA from the inferno.