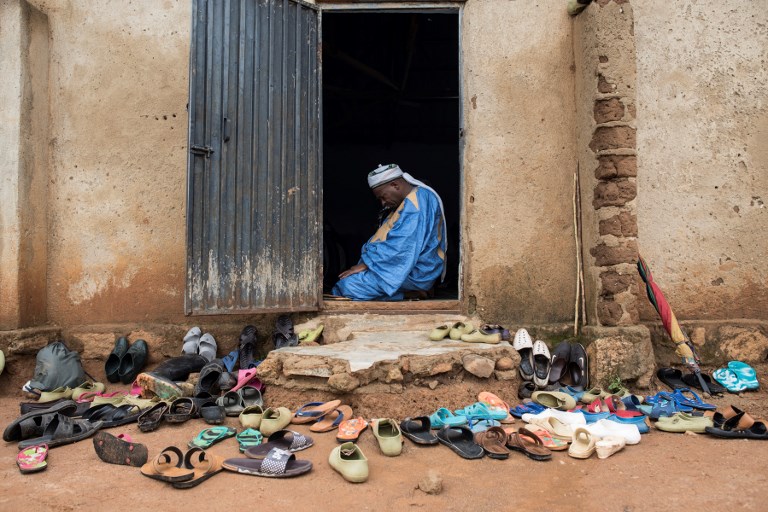 At the small mosque in Luggere, nestled in an ethnic Fulani village surrounded by rolling green hills, an unusually large crowd has gathered for Friday prayers.

The attacks on the Fulani appeared to be reprisals for the June 23 massacre, where more than 200 ethnic Berom people, mostly Christian farmers, were killed.

“On Monday we were at home when people came and started shooting and burning our houses, food stores and shelters,” said Harira Ibrahim, 35, who fled with her husband and 10 children.

“We have nothing there, our brothers gave us some mattresses and clothes. We can’t even go back home because the militias are still around.”

Over the past week, nearly 500 people have arrived in Luggere and have been sleeping in the classrooms of the school.

Police confirmed the attack although they did not give a death toll the influx has been largely ignored by Nigeria’s media, which instead has focused on the weekend massacre.

The attack is part of an increasingly bloody cycle of violence between two communities over access to resources throughout Nigeria’s central belt: Christian farmers, who claim indigenous privilege, accuse Muslim herders of ransacking their crops with their cattle and trying to grab land.

Meanwhile, the herders say that the farms are encroaching on their traditional grazing routes that they need to access in order to survive.

In the Plateau region, many of the cattle herders are semi-nomadic, raising livestock as well as farming, and claim years of service on the fertile land where corn, yams and all kinds of fruit and vegetables grow.

Adam Musa, 52, was born in Luggere, just like his father and grandfather before him.

“I don’t understand what is going on. When I was young, the Berom gave us their children for rearing because of unemployment,” said Musa.

On the potholed road leading to Luggere, several Berom villages were abandoned in a hurry.

In the yards of burnt-out houses, strewn with broken glass and plastic, the only occupants are a handful of chickens and frightened dogs.

Fulani faces drop at the mention of the attacks against Christians. No-one says they know the identity of the assailants.

The attack was brutal: the perpetrators torched homes with families inside and killed very young children, according to multiple witnesses interviewed by AFP.

According to one local official of the main Nigerian livestock union, the attack happened after a series of assaults on the Fulani since April.

“Not less than 500 cattle were rustled by the Berom and from the ambushes and killings of our herdsmen in the bush (…) we are looking for almost 70 people dead, all of them have been killed,” said Abubakar Gambo, of the Miyetti Allah Breeders Cattle Association of Nigeria (MACBAN).

“This is how the situation started and how it went out of control.”

The Fulani are often described as invaders who come to “Islamise” the Christian areas of Nigeria, especially by newspaper columnists with reference to Usman dan Fodio, a Fulani jihadist who founded the Sokoto empire in the 19th century.

With the election of President Muhammadu Buhari, a Muslim Fulani, in 2015, the stigmatisation has worsened.

Detractors blame northerners and the Fulani of pursuing a secret programme to eclipse the predominantly Christian south.

Buhari’s slow response to condemn the killings, which have steadily been increasing across the country for the last year, as well as the inability of security forces to protect lives, has fuelled frustration and resentment.

He has been criticised for having appointed mainly Hausa and Fulani people to key positions in the army and police, which has encouraged impunity.

“In fact the herders are being seriously discriminated (against),” said Gambo, adding that the community feels marginalised and children have difficulty accessing education.

At the end of the 1980s, the government set up “nomadic schools” in rural areas to combat illiteracy.

Yet all that progress is under threat as a result of the latest outbreak of violence, Gambo said.

“Luggere school, it is the community that gathered and built it, not the government,” he said.

“We need good, fully qualified teachers but with the crisis, they stopped coming years ago.”

WE WILL GET TO THE ROOT OF IT! INEC raises the alarm over cloning of PVCs 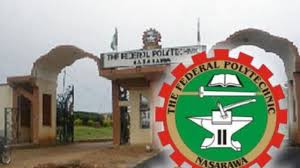 The Rector of the polytechnic, Malam Abdullahi Alhassan, stated this in a statement made available to the Newsmen in Nasarawa on Monday.

Alhassan said that the new registrar was the Deputy Registrar, Federal College of Education, Zaria, before his new appointment.

He stated that Ahmad, who was born in 1971 at Kwarbai in Zaria Local Government Area of Kaduna State, received his primary school education in Zaria from 1977 to 1982.

He added that Ahmad attended Alhudahuda College, Zaria from 1982 to 1988, and then proceeded to the Institute of Administration, Ahmadu Bello University, Zaria, between 1990 and 1992.

The rector added that the new registrar had attended several courses in Management, Administration, and Corporate Executives at home and overseas. 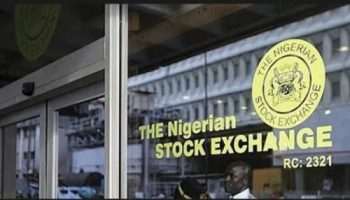 The Nigerian Stock Exchange (NSE) on Monday redeemed its pledge of N60 million to the Capital Market Support Committee for COVID-19 (CMSCC) with the donation of an ambulance and N22.7 million cash.

The Chief Executive Officer, NSE, Mr Oscar Onyema, disclosed this in a statement made available to newsmen in Lagos.

CMSCC is a Securities and Exchange Commission (SEC)-led initiative set up to stimulate the capital market ecosystem to play an active role in curbing the spread of COVID-19 in Nigeria.

Onyema said that the initiative was in furtherance of the collaboration in fighting the pandemic, targeting the very vulnerable in the society.

“We are facing an unprecedented crisis that requires us to adopt a more collaborative approach in fighting this pandemic, especially as economic activity and social interactions resume.

“As we work to encourage the use of reusable face masks and adherence to other safety guidelines, we call on responsible corporate citizens and well-meaning individuals to support this initiative by wearing a mask when in public settings and donating masks especially to those at the bottom of the pyramid, so as to protect lives.

“As part of the Masks For All Nigerians campaign, the Exchange executed a nationwide awareness campaign on social media and radio to educate Nigerians on the need to wear face masks, practice social distancing and maintain good hygiene.

“It also involved its Good Cause Ambassador, Innocent ‘TuFace’ Idibia, to amplify the need for Nigerians to wear and donate face masks via www.masksforallng.com, as well as adhere to the guidelines put in place to keep our communities safe.

“As part of its Employee Giveback Programme, members of staff are also donating 500 masks per week to Nigerians,” he said.

Onyema also said that the Exchange was displaying undaunted support in the fight against COVID-19.

“The Exchange has displayed remarkable resilience during this pandemic and continues to support the fight against COVID-19 in line with the strategic pillars of its Corporate Sustainability and Responsibility (CSR) strategy – community, workplace, marketplace and environment.

“The Masks For All Nigerians campaign and the attendant mask donation will provide immense support to the Government in reaching communities who have hitherto been left vulnerable.

“The Exchange also continues to sustain market activity through remote working and trading; promote market deepening activities; create an enabling regulatory environment for stakeholders; and recognise the efforts of public and private sector players in raising awareness, ramping up testing and increasing the capacity of the health sector to slow the spread of COVID-19,” he said.

The statement said the donation was received by the Chairman of CMSCC, Mr Ariyo Olushekun and the Director, Lagos Zonal Office, SEC, Mr Steven Falomo.

According to the statement, the Exchange, to further its commitment to support the fight against the virus, launched the Masks For All Nigerians campaign.

It was launched with the aim of galvanizing responsible corporate citizens and individuals to donate 400 million face masks to Nigerians, especially low-income households.

The NSE kicked off the campaign with an anchor donation of 100,000 face masks that are being distributed in areas where it has operations and areas that are greatly affected by COVID-19.

In response to the call, several private sector players sprung into action, with the total number of masks donated under the initiative hitting 216,300.

Opay was the first to partner the Exchange with a donation of 100,000 face masks to Lagos State University Teaching Hospital on June 4; also, Morbod Group donated 13,000 masks to residents of Lagos and South-Eastern part of Nigeria.

AIICO Insurance has also made a commitment to donate another 7,000 face masks.

Hushpuppi’s prison details revealed in the Bureau of Prisons website 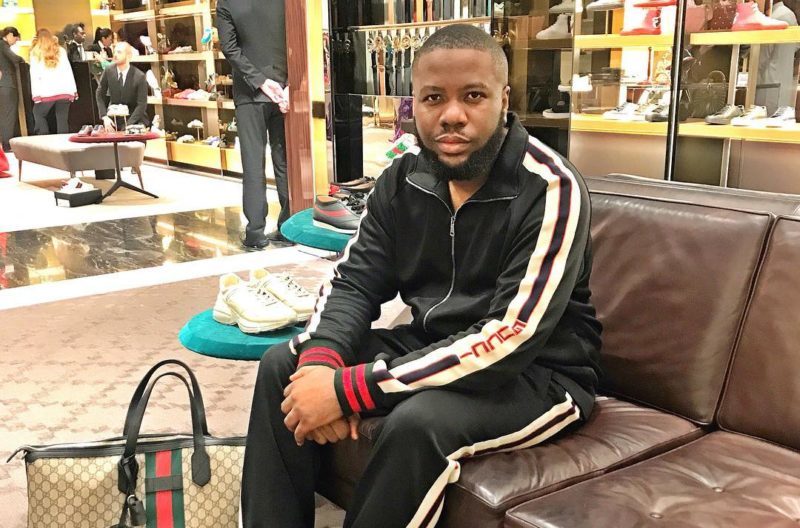 Instagram big boy and embattled scammer, Hushpuppi’s details have been released on the Federal Bureau of Prisons (BOP) website.

Recall that Hushpuppi, whose birth name is Ramon Olorunwa Abbas, was extradited to the US  after he was arrested in Dubai for fraud.

His registration number in the US prison system was made public, allowing people to search for him in the BOP’s website.

His details on the website shows his name, age, race and the location where he’s being held. As for his release, date, it states “Unknown”. 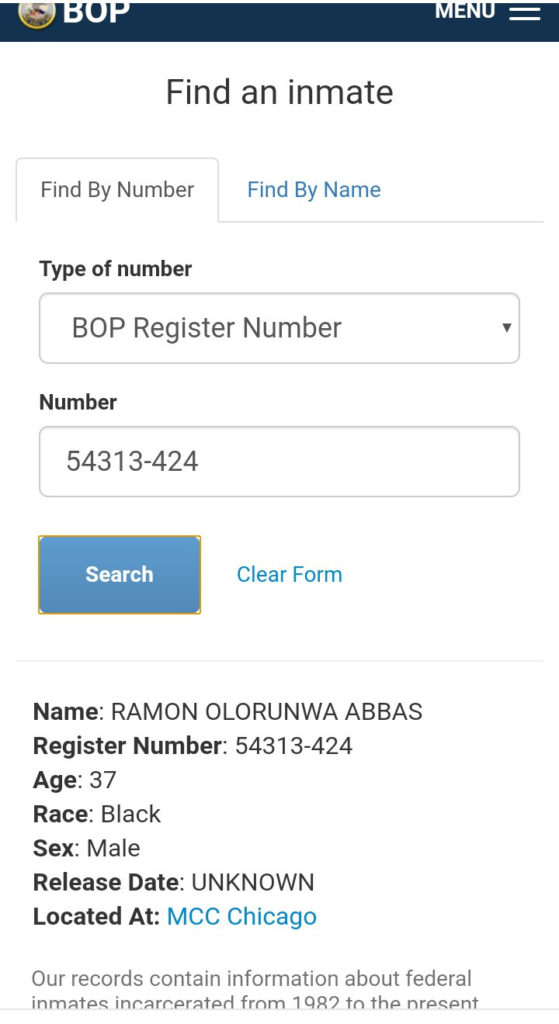 The US Department of Justice said in a statement that Hushpuppi could get a maximum sentence of 20 years in federal prison if convicted.

Weeks ago after the Dubai Police authorities on Thursday confirmed the arrest of Nigerian well-known Instagram personalities Hushpuppi and Olalekan Jacob Ponle popularly known as Woodbery, the video showing the moment when Ray Hushpuppi was arrested was released by the Police

The video was titled: