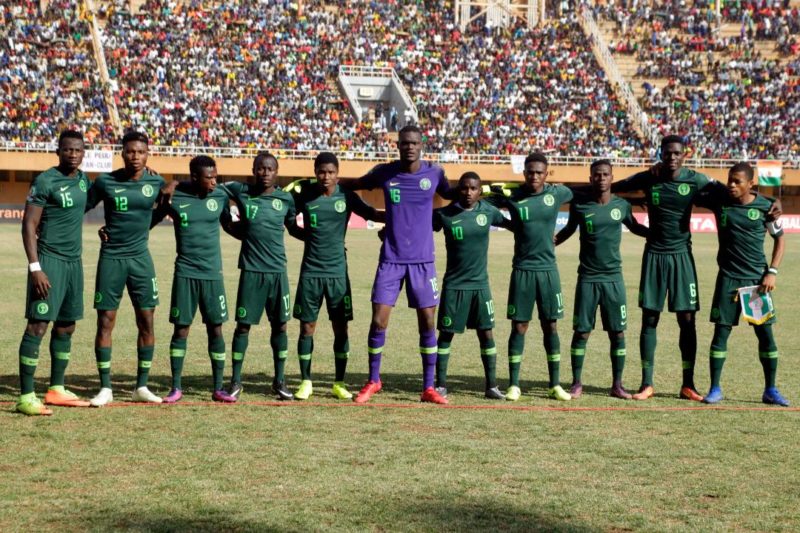 Head Coach Paul Aigbogun has stated that three points from their FIFA U20 World Cup opener against Qatar in Tychy next week Friday would greatly boost confidence in approaching the remaining games of the group phase.

“Our target is to get those three points in our first game and set off on a run. It would be a big booster. Our gameplan is to get off on a good footing at the World Cup and then carry on from there.

“The Nigeria Football Federation has done very well to camp the team in an exquisite facility ahead of the FIFA World Cup. We can only repay their support and effort, and the confidence of the people of Nigeria, with a good outing in Poland.”

Seven-time African champions Nigeria will open their FIFA U20 World Cup against Qatar on Friday, with matches against USA and Ukraine to follow in Group D.

On Tuesday, the Flying Eagles continued their preparation for the global tournament with a 1-1 draw against Austrian Bundesliga II side Red Bull Salzburg.

Paul Aigbogun’s lads had to dig deep in the second half to find the equalizer which came off the boot of substitute Tijani Muhammad.

Salzburg had gone ahead midway into the first half and held on to go into the break ahead. It took the Flying Eagles time to settle and when they did they took the game to Salzburg.

The introduction of Tijani Muhammad, Chinonso Emeka, Success Makanjuola and Peter Eletu saw Nigeria control the second half and could have scored more if not for the heroics of the Salzburg goalkeeper.

Aigbogun said at the end that he was impressed with his lads even though there is still work to be done before the tournament starts.

“It took us time to get settled in the game and when we did I think we took control of the game. This Salzburg team is a very tough one. They play in the Bundesliga II and it showed in their game but I’m glad my boys rallied back to get a draw.

” We could have won it if not for their goalkeeper. We had two good chances in the second half and I thought we should have won it at the end. The team is progressing even though there is work to be done.” Aigbogun concluded.

The Flying Eagles will play their final preparatory match against Red Bull Leipzig in Germany on Friday.

Nigeria will fly out of Germany to Poland on 19th May for this year’s FIFA U20 World Cup finals.

The Flying Eagles are in Group D of the competition alongside Qatar, the United States and Ukraine.