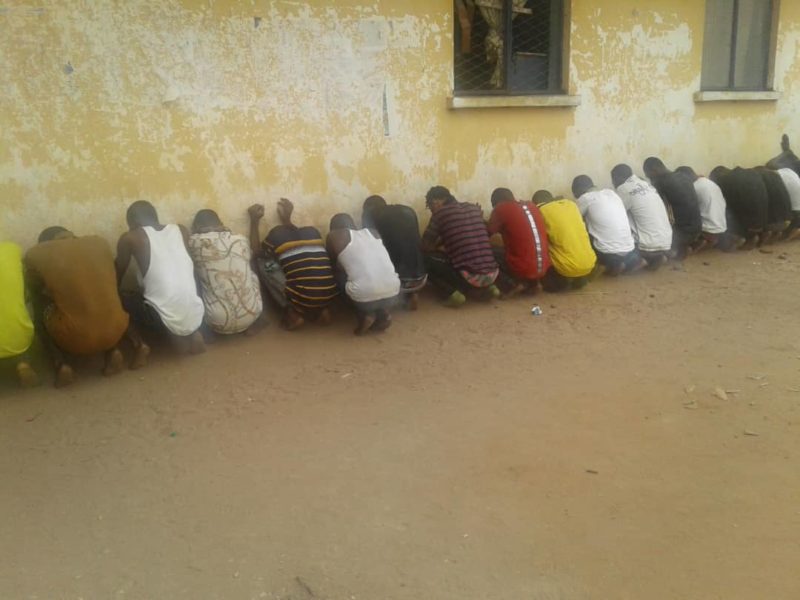 The state commissioner of police, Olaniyi Fafowora, who paraded the suspects, said they were arrested at a popular hotel at Orlu on January 24.

He said the suspects confessed that they were brought to disrupt the supplementary election held on January 25 by a yet-to-be-identified person.

“On January 24, upon credible intelligence, operatives of the command stormed a popular hotel at Ihioma in Orlu LGA and arrestee these suspects alleged to have been brought in by a yet to be identified person to disrupt the supplementary election of January 25 but due to the proactive and intelligence-led policing approach of the command, they were rounded up.

“Wraps of dried leaves suspected to be Indian hemp and two cut to size locally made pistols, one walkie talkie, six live cartridges were recovered. The hotel manager was also arrested for questioning.

“Investigation is progressing with a view to identifying and arresting the mastermind of this unlawful act who shall be arraigned with his cohorts in the court of law.”