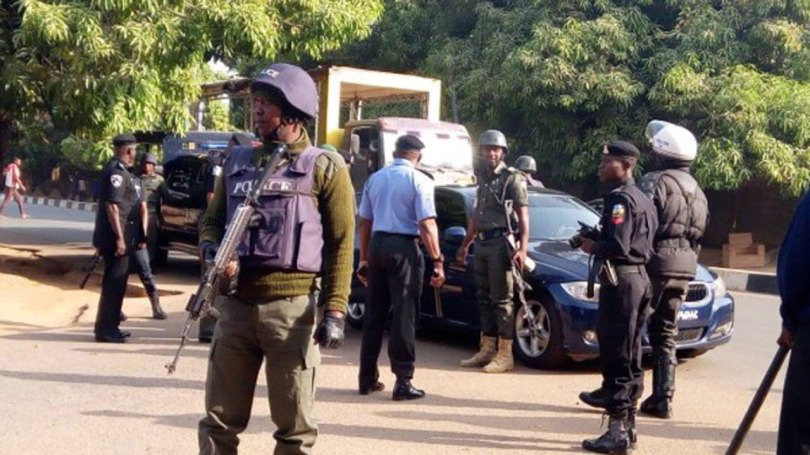 Two suspected kidnappers, including one posing as a police officer, have been arrested for allegedly kidnapping a businessman.

The suspects were nabbed by mobile policemen stationed at Azikiwe by Asa Road, Aba, Abia State, on Thursday.

The two suspects were simply identified as Isaac and Ugochukwu.

Isaac was said to be dressed in police wear.

The businessman identified as Joseph Chinwendu was said to have been whisked away on his way to his shop.

According to reports, the kidnappers pretended to be police officers from the Aba Area Command detailed to arrest the businessman for an undisclosed offence.

But Chiwendu on realising that the people who arrested him were not taking him to the police station, as he presumed, raised the alarm when he sighted the police.

His alarm was said to have attracted the officers who stopped the tricycle and rescued him.

The tricycle rider and another member of the gang ran away when they sensed danger.

Isaac and Ugochukwu were arrested and taken to the Osisioma Mopol Base when they could not convincingly explain themselves and their mission.

Commissioner of Police, Ene Okon, confirmed the arrest of the two kidnap suspects, adding that he has directed further investigation into the matter.

“I have spoken with the OC (officer-in-charge) of Mopol 55. I have equally asked him to screen them and if they were found to be kidnappers, they should be handed over to the anti-kidnapping squad for further investigation,” he said.