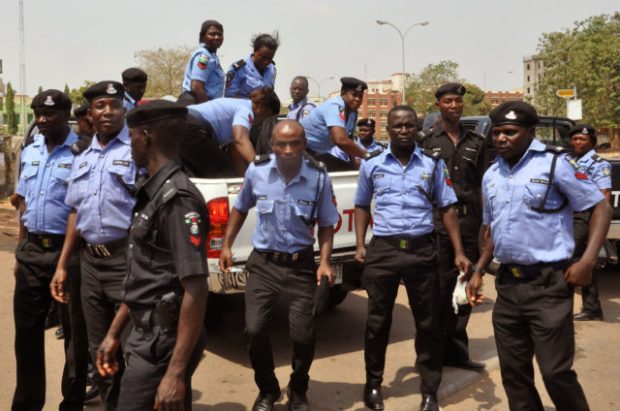 The Lagos State Police Command said it has arrested over 100 armed robbery suspects along the Mile 2-Badagry Expressway between January and August, 2019.

Deputy Commissioner of Police (Operations), Lagos State Police Command, Mohammed Ali, revealed this in an interview with the News Agency of Nigeria (NAN) in Lagos on Monday.

He spoke in reaction to public complaints about incessant armed robbery cases on the Mile 2-Badagry Expressway.

Ali said that the command’s security strategies in the state were still in place, yielding positive results.

According to him, at peak periods, all Area Commanders and Divisional Police Officers (DPOs) are to monitor traffic situation under them, with a view to decongesting traffic and checking criminals operating during such period.

“Our major challenge on the Badagry expressway is the bad road and the articulated vehicles and tankers parked on the road from Mile 2. They are not helping security matter on that road.

“The tankers blocked the expressway. Heavy traffic is built up daily and that attracted robbers to operate.

“Yet our men are moving round to secure members of the public on that road.

“Our monitoring men are all in different parts of the metropolis,’’ he said.

According to him, we have officers sent out from morning till night for traffic control to compliment other traffic officials and monitor black spots on motorcycles, patrol vehicles and foots.

Ali also debunked the allegation that the police always looked other ways when some military personnel and their wards were involved in robbery on the Badagry expressway, particularly around Ojo area of the road.

“It is not possible for anyone to commit crime and the police will look the other way; no matter who you are, you will be arrested if you commit crime.

“No one is above the law, even if you are a uniform person. Over 100 robbers have been arrested on Badagry Expressway this year alone,’’ he said.

On rape cases in Lagos State, Ali said over 60 persons, including some men who slept with their daughters and got them pregnant were arrested and charged to court.

“We don’t waste time on rape cases. Once arrested, there is a special court in Ikeja where the suspects are arraigned immediately.

“Rape is a special offence that needs special attention,’’ he said.

Ali also noted that the police did not have to wait for 24 hours before commencing investigation in a case of a missing person, saying that such was not the practice of the command.

“The Commissioner of Police did not give such an instruction that the police should wait for 24 hours to start investigation whenever people report a case of a missing person.

‘’That is dangerous to the survival of the victim. We believe that within 24 hours, such a victim should be found.

‘’When any officer receives a report of a missing person, the first thing to do is to make a radio announcement to alert the entire command, so that if such person is kidnapped, the men on the road can look all areas, vehicles and not to wait for 24 hours.

‘’If anyone is found to do that in Lagos Command, such a person will be dealt with, because that is not our practice,’’ Ali said.

For the activities of “No Salary Boys”, Ali said more than 30 of them had been arrested in the last one week, saying that the police were arresting them daily and would continue to raid them.

The ‘’No Salary Boys’’ have been on rampage in the last two weeks in Igando area of the state going from house to house robbing people of their belongings and inflicting injuries on some residents. (NAN)