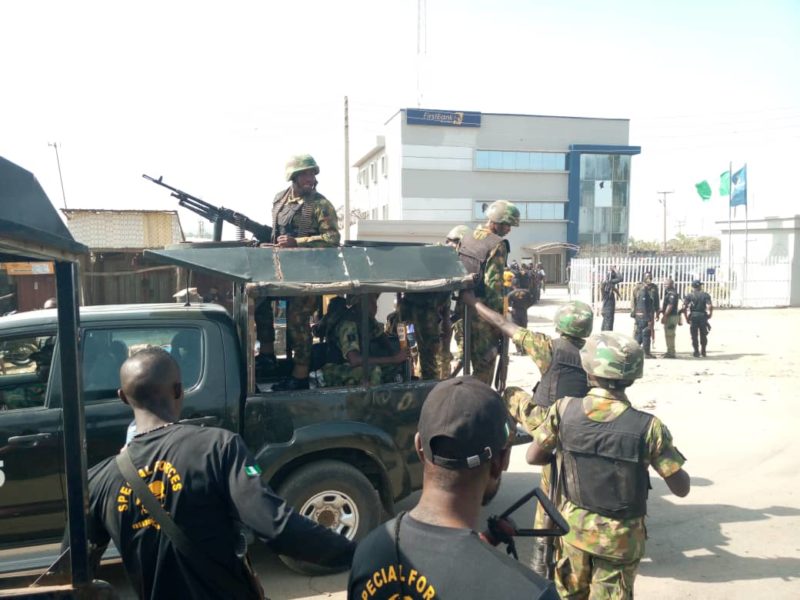 Some staff of a branch of First Bank at Mpape in the Federal Capital Territory (FCT) are currently being grilled by the police over alleged involvement in a botched robbery attempt on the bank last Saturday.

A source said it was curious how the robbers gained access into the bank on a nonworking day and some top officials suspected to have colluded with them were being questioned.

One of the robbers was killed and four others were arrested after a joint team of policemen and soldiers foiled their attempt to rob the bank.

Some staff of the bank who were on duty on that day had been taken by the police for questioning.

According to the source, the robbery suspects under interrogation claimed they had gotten information from some staff of the bank to carry out the operation.

A statement by the Deputy Public Relations Officer of the FCT Police Command, Yusuf Mariam, had indicated that “The Commissioner of Police has ordered a discreet investigation of the incident.”