Residents of a community in Enugu State have accused the police in the area of the extrajudicial killing of a 27-year-old apprentice mechanic, one Okey Chinweike.

The police were further alleged to have dumped the remains of Chinweike in a stream.

The incident was said to have happened at Onuato in Ogui Nike, Enugu North Local Government Area of the state on Tuesday.

Chinweike, who hailed from Ikwo in Ebonyi State, was an apprentice motor mechanic with one Obiora, whose shop was located on the Presidential Road by the Onuato junction.

It was gathered that the victim, who recently buried his only brother, had gone to a football viewing centre, a few poles from the shop, to watch a match after the close of work when he met his death.

Sources said the deceased was on his way home after the match when policemen from the Ogui Police Station came to raid the area. They officers were alleged to have shot indiscriminately causing pandemonium.

“There was commotion and people were running in different directions. However, the innocent man, who didn’t know the roads very well, because he was not living in the neighbourhood, joined the people running and he was shot by one of the policemen,” the Punch Newspaper reported quoting an unnamed eyewitness.

“It was after the raid that Chinweike was declared missing. But on Thursday morning, some scavengers saw a floating body in the stream and ran to the neighbourhood to inform the residents.

“Immediately, the incident was reported at the Ogui Police Division by the local vigilante group. Some policemen came and after seeing the floating body, they left and never came back. The body was discovered around 10am but it was around 5pm that his co-apprentice brought it out from the stream after the only surviving sister came and identified him.”

Chinweike’s colleagues described his death as painful and demanded justice for him. They alleged te deceased was shot in the head.

One of the deceased’s colleagues, who gave his name as Emeka Ezeh, said,

“When we brought out his body from the stream, there was blood clot in his nose and head. There was equally a hole in his head, suggesting that he was shot in the head.”

Although Chinweike was buried the same Thursday in his home town in Ikwo, his colleagues want a thorough investigation into the incident with a view to fishing out the trigger-happy police personnel to face justice.

They described Chinweike as a gentle and easy-going young man, who neither smoke nor drink alcohol, and wondered why the police would kill him.

The Police Public Relations Officer in the state, Ebere Amaraizu, said he had yet to receive information on it, but noted that whoever killed Chinweike would be fished out.

“When the police send you on an assignment and if you go outside what you were asked to do, you will face the consequences,” he said. 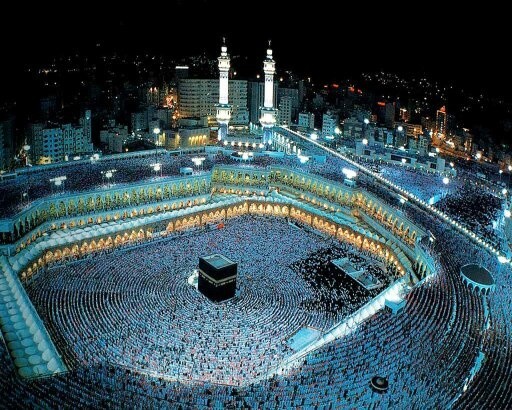 The Lagos State Government has urged intending pilgrims to defer the exercise till 2021.

This was part of the major resolutions reached between the state government, the intending Pilgrims, Ulamahs (Islamic scholars) and other stakeholders, during a one-day sensitisation programme at the Lagos State Secretariat, Alausa, Ikeja.

The decision was in reaction to the cancellation of pilgrims outside Saudi Arabia for this year’s hajj.

Commissioner for Home Affairs Prince Anofiu Elegushi hailed Saudi authority for taking such a bold and difficult decision in order to curb the spread of Coronavirus (COVID-19).

As a government that is responsible to its people, he said no pilgrim would be denied legitimate right to seek a refund of the hajj fare already paid.

He, however, advised them to allow the funds remain in government cover till next year when they would be a priority over others.

He urged those who are yet to complete their payment to do so to secure their place in the record of the Muslim Pilgrims Welfare Board.

Narrating the efforts already put in place by the state government before the pandemic struck, Elegushi said that he led some officials to Saudi Arabia to secure a befitting accommodation for the pilgrims. 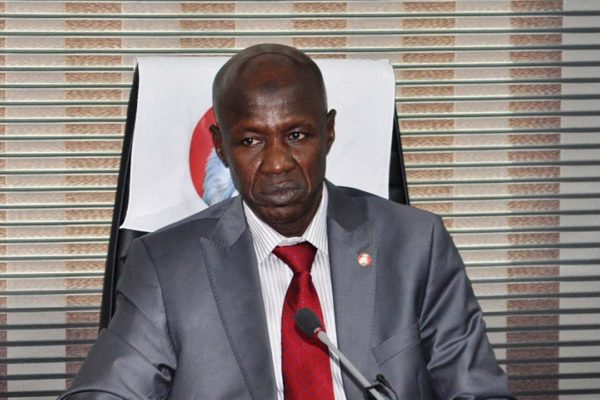 Magu was grill by Justice Ayo Salami-led Presidential panel and was also queried on disposal of assets worth N37 billion.

The allegations were reportedly levelled against him by Attorney-General of the Federation and Minister of Justice, Abubakar Malami (SAN).

According to Vanguard, the panel started quizzing Magu on Monday after his arrest by detectives in Abuja. On Tuesday, he was grilled on cash discrepancies said to be N539 billion realised from the sale of seized assets and N504 billion declared by the commission.

The suspended acting chairman of the anti-graft agency was grilled on the ground floor of the Federal Criminal Investigation Department, FCID, Area 10, Abuja and it was also learnt that the AGF raised about 20 allegations against him.

A presidential source told the publication that the interrogation of the anti-graft boss was being done to give him the opportunity to clear himself of the weighty allegations. Magu’s lawyer reportedly joined him as he was being interrogated by the panel.

The spokesperson of the Lagos State House of Assembly, Tunde Buraimoh, is dead.

He was the lawmaker representing Kosofe Constituency II.

Buraimoh was also a former chairman of Kosofe Local Government and the Bamofin of Ketuland.

When contacted, the Chairman of the All Progressives Congress, Lagos State, Tunde Balogun, said, “I heard about his death.”

He, however, could not give details about his death.

Fadipe said, “He died at a hospital in Ikorodu road. He died overnight after a two-day sickness.”