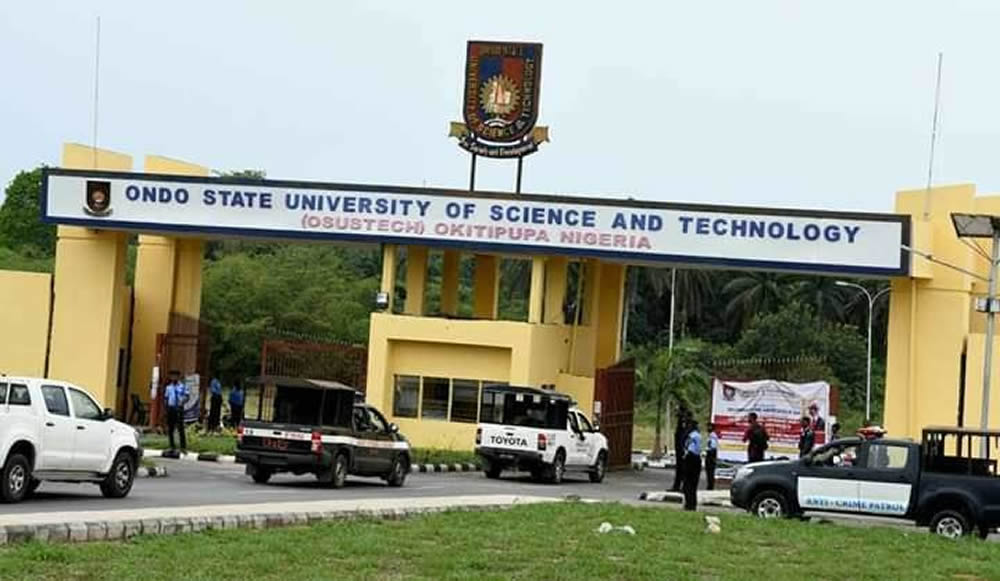 The Edo State Police Command on Saturday said it has recovered the official car of Prof. Gideon Okedayo, a lecturer with the Ondo State University of Science and Technology (OSUSTECH), Okitipupa, who was kidnapped on Thursday.

WuzupNigeria reports that the lecturer was kidnapped along with his driver in his official car, a Toyota Corolla marked 06X 47 OD, at Akoko junction on Auchi-Igara road while going to his hometown in Igara, Edo State.

Okedayo is a lecturer in the Department of Mathematical Sciences and Acting Dean, School of Postgraduate Studies, OSUSTECH in Okitipupa.

The abducted lecturer’s driver, Sunday Omonigbo, who was later released by the gunmen after a deep cutlass cut in his right hand, reported the case at the Igara Police Division.

The Command’s Public Relations Officer, DSP Chidi Nwabuzor, confirmed the recovery of the lecturer’s official car to the News Agency of Nigeria on the telephone.

He also said efforts were being intensified to ensure that the lecturer regains freedom from his abductors, promising to keep the press abreast of further developments.

“We have recovered the Professor’s official car, but we are still searching for him and we will ensure the press are notified of further developments,” he said.

Meanwhile, one of the family members of the kidnapped lecturer who did not want his name in print, also told NAN on the telephone on Saturday afternoon that his whereabouts were still unknown.

The family member said that the abductors had yet to call the family to ask for any ransom, praying that Prof. Okedayo be released divinely.

“The abductors are yet to call the family for any ransom and his whereabouts is unknown right now, we urge the Police to step up their investigations so that he can be released unhurt,” the source said.

Related Topics:kidnappedkidnappersLecturerOndo State University of Science and TechnologyOSUSTECH
Up Next

Soldier arrested for allegedly stabbing man to death in Niger 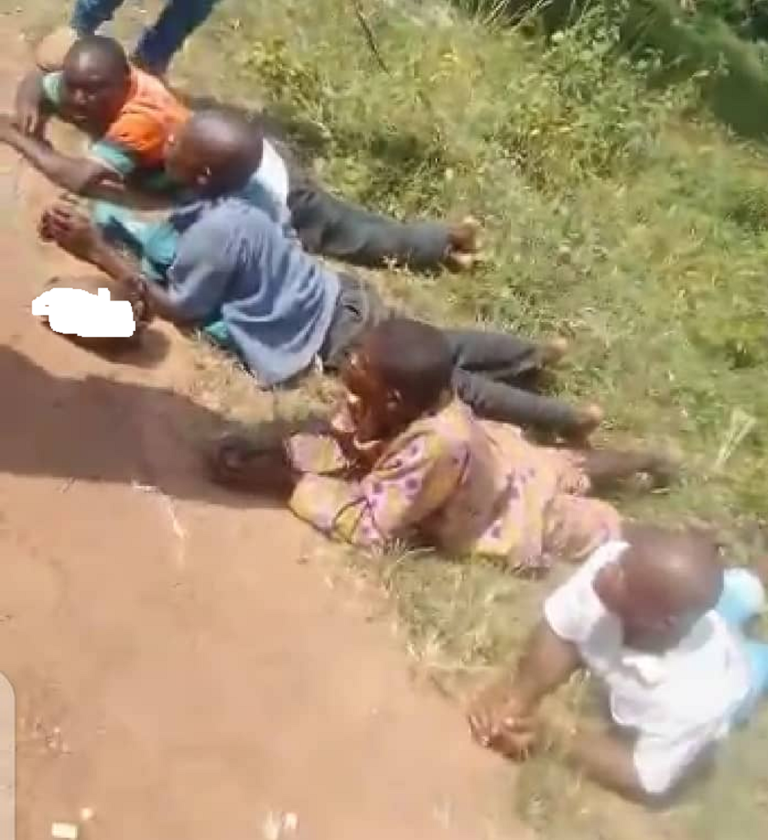 Four cemetery workers have been arrested in Akure, the Ondo State capital, for allegedly decapitating five fresh corpses in Ondo.

WuzupNigeria reports that the four suspects – Adewale Abiodun, 40; Akinola Sunday, 69 and Oluwadare Idowu, 67 and Olomofe, 45 – were caught with the heads.

It was gathered that the four were caught red-handed cutting the head of a corpse by family members of the deceased.

The family members were said to have returned to the cemetery to make arrangements on how to concrete the grave hours after the burial was concluded.

On meeting the culprits, they alerted the state Special Anti-Robbery Squad [SARS] who arrested them.

The SARS operatives discovered that the suspects already had fresh four severed heads and a female human head.

“As they were trying to exhume the corpse, some family members of the deceased came back to the cemetery with some bricklayers to cement the grave and caught them in the act,” an eyewitness said.

“lt was when we caught them in the act which led to their beating that we discovered that they were in possession of a female human head and four other fresh severed heads.

“We immediately contacted men of the Special Anti-Robbery Squad (SARS) who came to pick them up.” 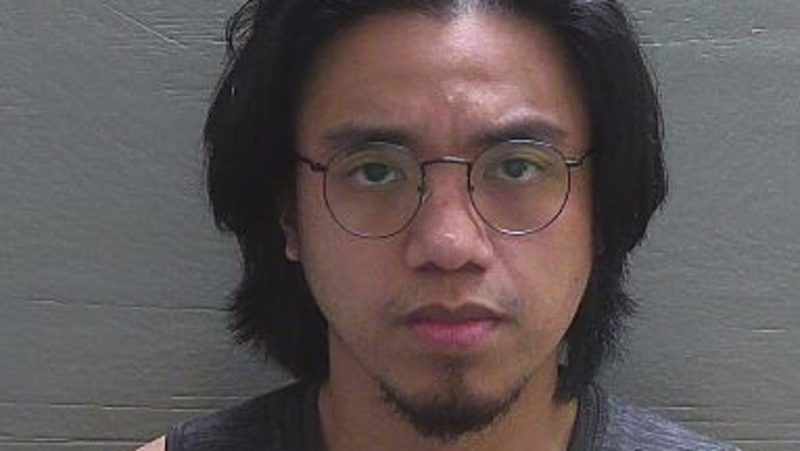 A former Pensacola teacher who pleaded guilty last year to an array of sex offenses involving students begged the judge on Wednesday to consider castration rather than sentence him to prison.

“My actions were despicable to say the least,” Lua said.

“I do believe that punishment is necessary, and I am requesting chemical castration not only as a punishment but as an act of solidarity to show how sorry I am for everything. If your honour is so inclined, I am even willing to undergo physical castration if that way I can stay home and raise my daughter.”

Dannheisser did not respond to Lua’s request and instead sentenced him to 12 years in state prison, followed by 15 years of probation.

“He seemed to seek out girls that came from unstable or troubled homes,” Assistant State Attorney Erin Ambrose said in court Wednesday.

“He manipulated them, and he betrayed them because he was a teacher.”

Lua was arrested three separate times last year after allegations arose that he coerced a student into sending him an inappropriate video, that he had sex with an underage student and that he had sexually assaulted an 18-year-old former student.

The allegations against him resulted in five criminal cases based on the claims of four victims.

“Part of the plea bargain was that he would plead down to the most serious charge related to each victim,” Ambrose told the News Journal.

“Two of the five cases are being dismissed based on evidentiary issues and (one of the victim’s) specific request that the cases not go forward.”

Lua’s first arrest was Jan. 17, 2019, after a school resource officer received a tip that Lua was having inappropriate communications with minors. Lua later admitted to using a fictitious Instagram account to solicit juveniles for sex.

He was arrested for a second time on Jan. 30, 2019, after a juvenile student told authorities that he had sex with her at his home. His third arrest was Feb. 6, 2019, after an adult former student of Lua’s accused him of sexually assaulting her.

At Wednesday’s sentencing hearing, Lua told the court he suffered from a genetic disorder called neurofibromatosis that has caused numerous painful, tumorous growths on his skin since the age of 14. Lua said he was suffering from frequent panic attacks around the time of his crimes because of fears and concerns about the disease.

“If I’m with my family or when I might sit down and read a book, I think about the tumors, and I think ‘Oh my God, this might be my last day on earth,” he said.

However, Ambrose dismissed that idea in court.

“This condition did not seem to debilitate him while he was trolling the halls, looking for students to have sex with,” the prosecutor said. 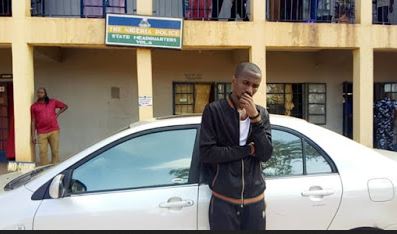