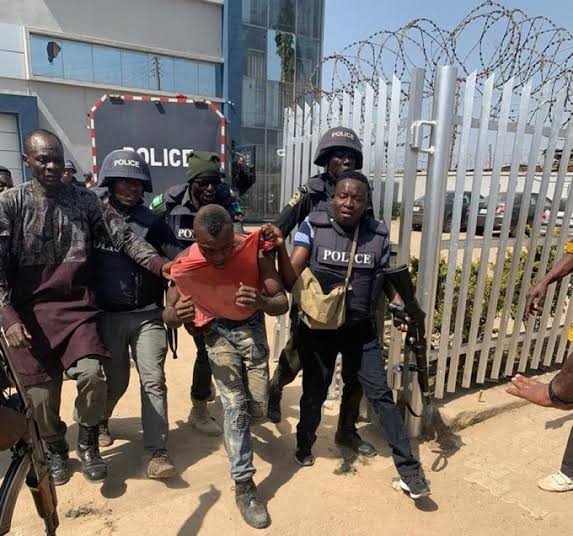 The police have concluded plans to arraign five suspects who attempted to rob a first-generation bank in Mpape, Abuja on December 28,2019.

The police had foiled the heist, killing one of them who tried to escape.

The FCT police spokesman, DSP Anjuguri Manzah, disclosed in a statement on Tuesday, that the investigation into the foiled robbery had been concluded and the suspects would be arraigned before High Court 22, Wuse Zone 2, Abuja.

It said, “Sequel to the conclusion of the investigation into the foiled bank robbery at Mpape on December 28, 2019, the FCT Police Command Legal Department has reviewed the case file and filed appropriate charges before the court against the arrested suspects.

“In view of this development, the case has been assigned to High Court 22 Wuse Zone 2 and the suspects will be arraigned on Friday, February 14, 2020.”

Ewim who doubled as a barman and disc jockey at Ever Ready hotel, Mpape, had explained that he recruited the gang that carried out the foiled heist at Ehizo’s request.

Narrating how he became involved in the robbery, the 29-year-old said he met with Ehizo at the Customer Care desk of the bank when he was having issues with his account.

He further explained that after addressing his complaint, the bank official took his phone number and called him two days later, promising to give him a job.

“After two days, I received a call from him (Ehizo), he identified himself and said he has a job for me. Two days later, he called back and said he would like to see me. He said he wanted to attack the bank at Mpape and Mararaba.”

Customs intercept N10.26bn smuggled pangolin scales along Lagos/Ibadan expressway
My son has been a Christian all his life, father of man caught trying to bomb Winners’ Chapel