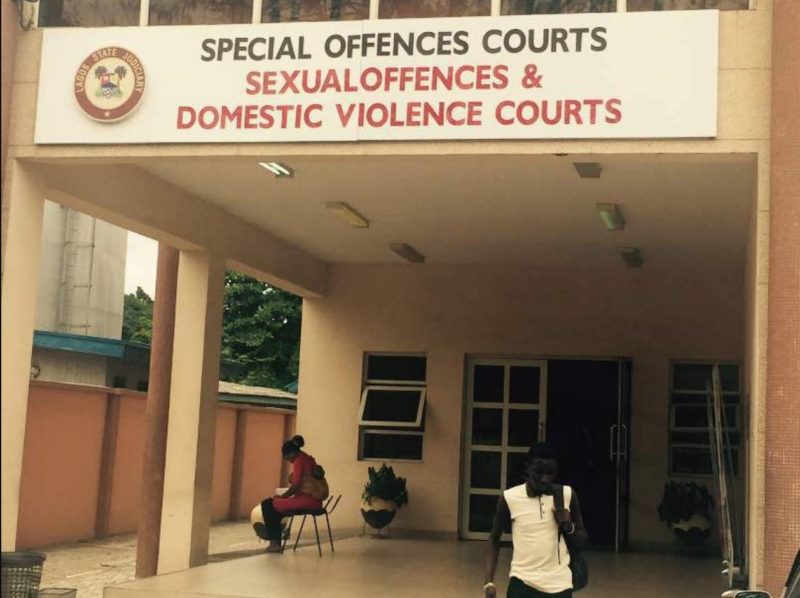 A nine-year-old pupil on Wednesday narrated before an Ikeja Special Offences and Domestic Violence Court in Lagos how a 40-year-old policeman, Andy, lured her into his apartment and defiled her on numerous occasions.

The child made the revelation during the trial of Andy on one count of defilement, contrary to Section 137 of the Criminal Law of Lagos State, 2015.

The child, who described herself as a Primary Five pupil of one of the schools in Lagos State, was led in evidence by Miss Inumidun Solarin, the state Prosecutor.

She said the defendant, who was her neighbour, had defiled her on various occasions and that on the last occasion, he had lured her into his apartment under the pretext of giving her N200 to buy milk for him.

The child told the court that Andy, after defiling her, had hidden her under his bed when her elder sister was frantically searching for her.

“I know Brother Andy (the defendant). He is our neighbour, who lives at the backyard of our house. He is popularly known as ‘Officer.’

“On that day, Brother Andy called me when I got back from school and sent me on an errand. He sent me to go and buy milk for him. Then he gave me N200.

“I bought the milk and when I returned, he asked me to bring it inside his room. He then said I should drop the milk on the table and sit down.

“When I sat down, he now told me to lie on the bed and remove my pant. He now put his penis in my bum bum. He put his penis at my front bum bum (she demonstrates by pointing at her vagina).

“After that, he asked me to hide under the bed when my elder sister came calling my name.

“One of our neighbours, Chioma, even entered his room to buy recharge card for him, though she didn’t see me, I saw her from under the bed.

“And because my elder sister was shouting my name and looking for me, officer told me to pretend like nothing happened and that I should pass through the backyard gate.”

“I started begging her not to beat me, and I told her that I was inside officer’s room. My sister beat me and reported to my father who was very angry.

“When my mummy came back from the market where she sells abacha (African salad), my sister reported me again.

“This time, my mummy threatened to kill me if I don’t tell her what happened. I became afraid and told her the truth.

“Immediately, my mummy called all her brothers and they came to our house the following morning and took us to Amukoko Police Station to report.

“It was after we made a report at the station that the Police came and arrested Brother Andy,” she said.

The witness said she was referred by authorities to the Mirabel Centre (a Sexual Assault Referral Centre) where the doctors revealed that she had been sexually abused on several occasions.

“How many times has he done such to you (sexual intercourse)?”

“Many times. I can’t really count,” the child responded.

While being cross-examined by Mr M.L. Ezomo, the Defence Counsel, the child said the reason why she did not report the abuse was that the policeman had threatened to kill her if she told anyone.

“No other person touched me except Brother Andy.”

According to the prosecution, the policeman allegedly defiled the nine-year-old child on June 6 at Amukoko area of Lagos.

Section 137 of the Criminal Law of Lagos 2015 prescribes a life sentence for anyone found guilty of defilement.

Justice Sybil Nwaka adjourned the case until October 30 for the continuation of trial.

MORE READING!  Nigerian arrested with cocaine worth over N1.5m in India