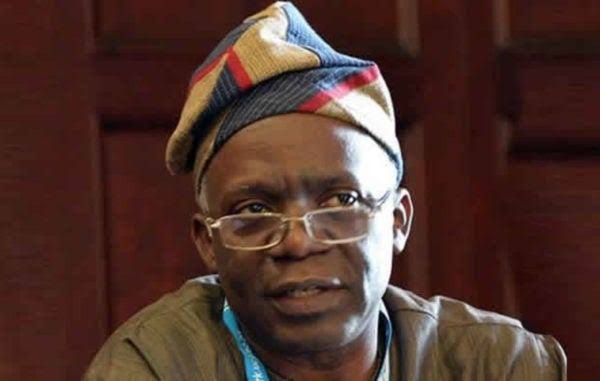 Human rights lawyer, Mr. Femi Falana (SAN), said the practice of posting policemen outside their states of origin is unproductive.

Falana said every police officer should operate in their community, speak the local language and mix freely with the people.

The activist said this at the Maiden Memorial Public Lecture in memory of Late Professor Olumuyiwa Awe in Ibadan, according to a statement on Monday.

“The success of the civilian Joint Task Force in the counter insurgency operations in Borno state has proved that the best way to police a country is to recruit, train and equip young men and women to operate in their own communities.

“The colonial practice of posting police personnel to operate outside their states of origin was meant to suppress and intimidate colonial subjects by strangers. It is a practice which has become counter-productive in a post-colonial state. Every police officer should operate in their community, speak the local language and mix freely with the people.”

Falana said the state police remained the best option as regards tackling insecurity in the country.

The senior advocate, however, stated that there was a way of insulating state police from arbitrary abuse.

“To avoid a situation whereby abuse of police powers is decentralised any security service established by state governments should be democratically controlled.

“The service will police the state and see to the enforcement of all the laws enacted by the House of Assembly.”

Falana said the All Progressives Congress had also expressed support for state police in the past.

He said state police would be a positive step in the task to enthrone federalism.

“In the manifesto of the APC, it is expressly stated that there shall be power devolution from the centre to the other federating units. The APC Committee on federalism headed by Governor Nasir El-Rufai recommended the establishment of state police.

“Apparently, President Muhammadu Buhari is not totally opposed to state police but he has his reservation. Hence, he has expressed the fear that a number of state governments might endanger national security if state security operatives are owed arrears of salaries like workers,” Falana said.

He argued that the 36 governors, who are all members of the Nigeria Police Council, had failed to use their numerical strength to insist that the NPC be allowed to discharge its constitutional duties.

Falana said for reasons best known to the state governors, the President had been allowed to exercise the powers of the NPC with respect to the appointment and removal of the IGP and the general supervision of the NPF.

“The council has not adduced any reason to justify its failure to hold regular meetings and take decisions in line with the provisions of Section 159 of the constitution,” Falana said.