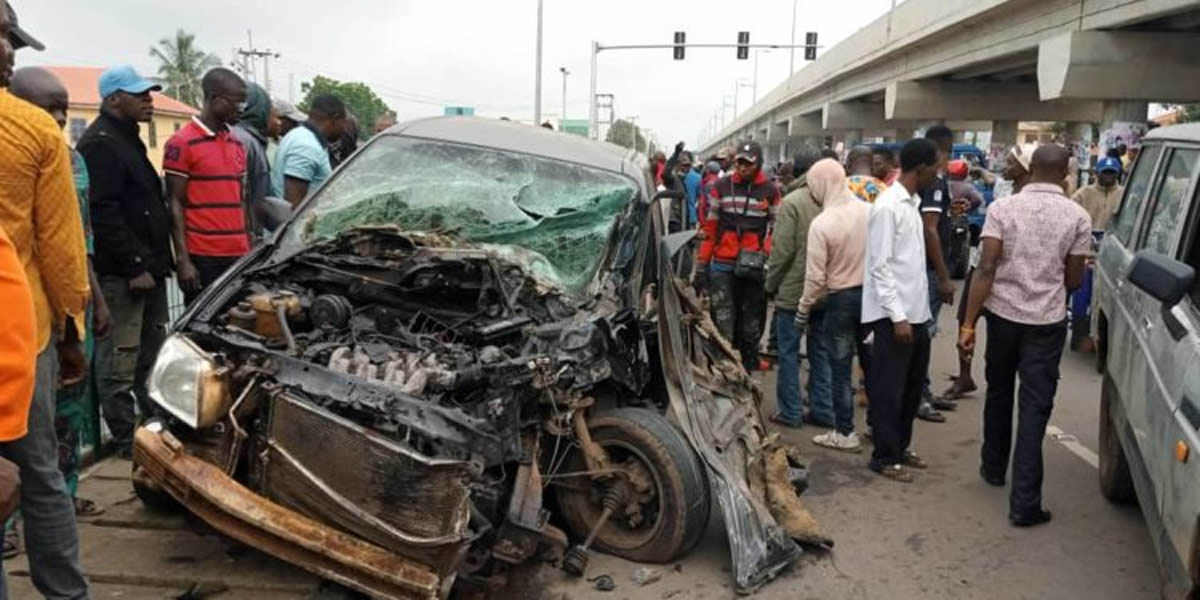 A pregnant woman and three other people were crushed to death on Saturday when a vehicle rammed on them at Uselu road on the Ugbowo-Benin highway in Edo State.

An eyewitness said the pregnant woman with three other people who were siblings were killed when an oncoming car skidded off its track and smashed them.

The witness said the dead people were all standing by the roadside, waiting to board a vehicle to convey them to market.

The News Agency of Nigeria learnt that the wedding of one of the dead siblings had been scheduled to take place next weekend.

An eyewitness identified as Monday Ikponwosa said that it occurred at about 6:15 a.m. with the four people dying on the spot.

“A BMW car skidded off the road as the driver must have fallen asleep.

“There was a woman (an occupant) in the car. They must have been coming from an all-night church programme because there was bible in the car,” Ikponwosa said.

NAN reports that the Ugbowo road, which is the highway to Lagos en route Ore in Ondo State has been blocked by protesting youths, who made bonfires on the highway.

A youth leader in Uselu, who identified himself simply as Evans, said the decision to block the highway was to protest the arrest of some youths by the police after the accident.

“The youths were carrying out a peaceful protest over the incident, which has become one incident too many on the road, when the police came and started shooting at us.

“The police took the boys away with pretence of going to treat them. What we are saying is that until they are returned back to us, this road will remained blocked.

“Our pains over the accident is that these dead ones would have escaped if not for the heap of sand that some people usually heap on the road and later sell to us.”

Evans called on the Edo Government to open the drainage on the highway to avert accidents occurring on the road in future.

The spokesman of the Edo State Police Command, Mr Chidi Nwabuzor, described the incident as unfortunate.

He said that policemen had been deployed to the accident scene to ensure return of smooth traffic on the highway.