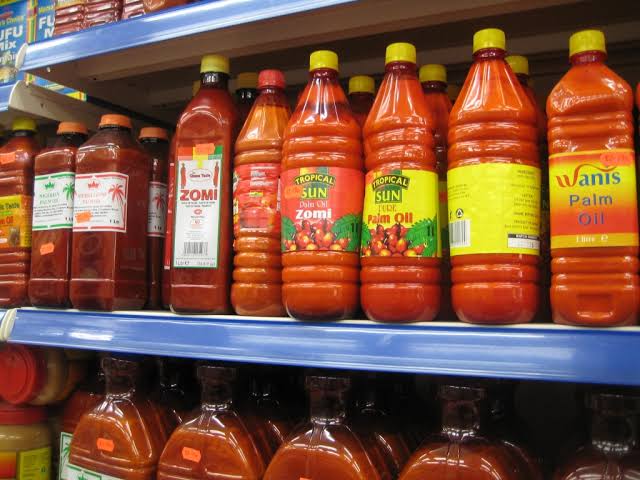 The price of palm oil has recorded slight increase in major markets across Enugu metropolis, the News Agency of Nigeria (NAN) reports.

A market survey conducted by NAN on Saturday revealed that the price of palm oil had slightly increased when compared to what its price was some months ago.

The price of palm oil at Akwata , Garki and Mayor markets increased as a 5-litre keg of palm oil in the markets now goes for N2,350 as against N1,800 the previous month.

Palm oil dealers, who spoke to NAN at the various major markets in the metropolis, blamed the increase in palm oil price on palm fruits season for this year which was gradually coming to an end.

Mrs Nnena Okoye, a palm oil seller at Akwata Market said that a price of oil as at January and down the months was between N250 and N280 per 70cl bottle while 25-litre went for between N7,500 and N8000, adding that it recorded an increase from July.

Okoye noted that scarcity of palm oil fruits had led to less production of oil thereby causing the increase in price of the commodity.

According to Joy Ogbu, another seller of palm oil at Akwata Market, a 25-litre jerry-can in major markets in the metropolis goes for between N900 and N9,500 while in the villages where most of the oil is produced it stands at N8,500.

Mr Emenike Ndubisi, a palm oil seller at Garki Market, said that the increase in the price of palm oil was because the palm oil fruit were out of season.

Ndubisi expressed the hope that the price of the commodity may remain relatively stable as much had been produced during the harvest season and would be available for sale till next season.

“I have palm oil tree plantation in Abia State, which is where I get palm fruits to produce the oil I am selling and with the amount of oil I have presently, there will be no scarcity of palm oil,”he added.

A buyer at Mayor Market, Mrs Dumebi Ukoha said that the price was still affordable unlike when it was sold for N1,000 per bottle in 2017.

Ukoha said that buying 70cl bottle of palm oil for N400 was not too high as many families could afford it.(NAN)

Continue Reading
You may also like...
Related Topics:Enugu, oil