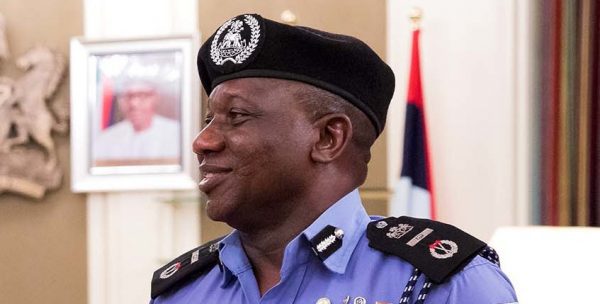 An embarrassing video recording has gone viral showing the Inspector General of Police, Ibrahim Idris, struggling to read his speech on Monday in Kano State.

The IGP, who was in the state to commission the Force Technical Intelligence Unit could not read his own speech.

In the video, Idris was heard making multiple errors and unable to pronounce words accordingly.

MORE READING!  You're my star, Barrack Obama says as he celebrates wife, Michelle on her birthday

The public event was reportedly going well until the moment the IGP was called to deliver his speech, and for reasons yet to be ascertained, a man of his calibre failed to read fluently.

The video captures Idris making a mess despite receiving help from an unnamed man who provided assistance by reading it to him as he repeated after him, using the microphone.

TAI SOLARIN UNIVERSITY! Female student falls from okada on her way to campus, crushed to death by a truck
WE WILL MISS YOU! Jide Kosoko, Iyabo Ojo, Yomi Fabiyi, others mourn ‘Omoge Campus’