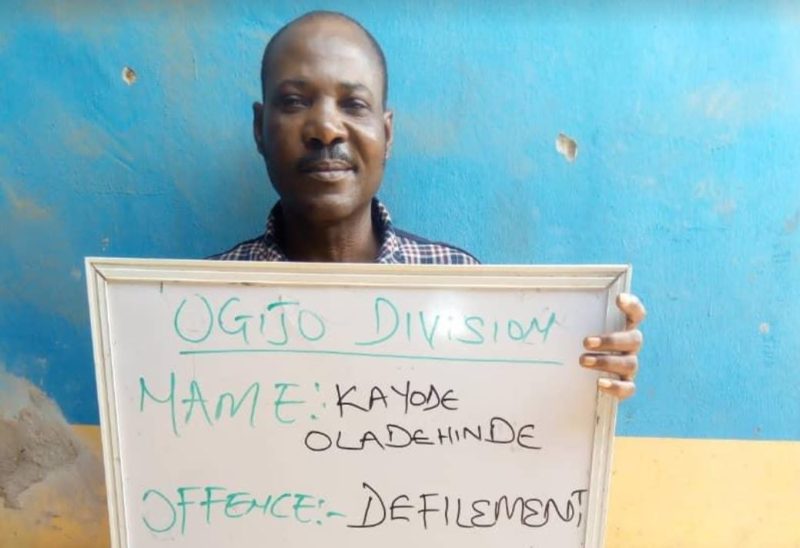 A randy 50-year-old man has been arrested in Ogun State for allegedly defiling and impregnating his 13-year-old stepdaughter.

Kayode Oladehinde was arrested by operatives of the Ogun State Police Command after the girl’s mother filed a complaint at Ogijo Divisional Headquarters in Sagamu, Ogun state.

The Police Public Relations Officer in the state, Abimbola Oyeyemi, in a statement on Saturday, said the randy stepfather was arrested on 5th of February.

WuzupNigeria gathered that the mother of the victim got married to Oladehinde after the death of her first husband.

“The victim’s mother (name withheld) lamented that her daughter informed her on the 4th of February 2020 that the suspect who is her present husband sometimes recently forcefully had carnal knowledge of her as a result of which she got pregnant.

“She stated further that the suspect, having realized that the victim is pregnant, gave her drug to abort the pregnancy resulting in her bleeding seriously.

“On the strength of the report, the DPO Ogijo division CSP Suleiman Muhammad detailed his detectives to the suspect’s residence where he was promptly arrested.

“On interrogation, the suspect who was dumbfounded when confronted by his wife only pleaded for forgiveness from his wife and the victim who is his stepdaughter.

The PPRO however, said the Commissioner of Police, Kenneth Ebrimson, has ordered the transfer of the suspect to anti-human trafficking and child labour unit of the State Criminal Investigation and Intelligence Department for further investigation and possible prosecution.