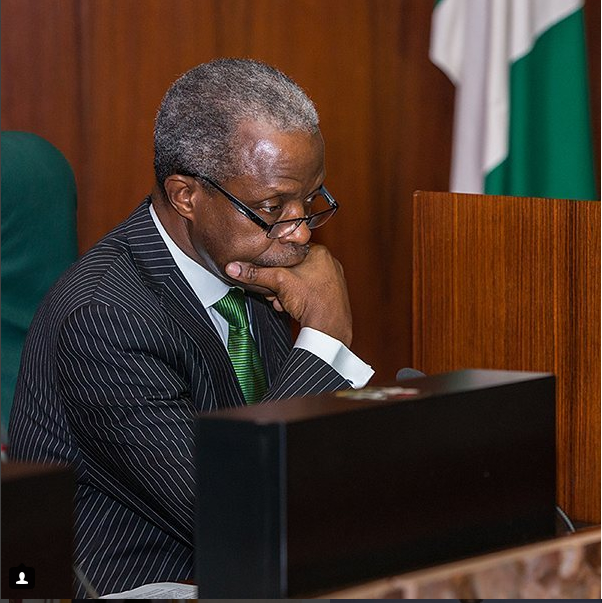 A member of the Redeemed Christian Church of God has said he will petition the General Overseer of the Church, Pastor E.A Adeboye, to remove Vice President Yemi Osinbajo as a pastor in the church.

The church member, Henry Shield, made his intention known on his Twiiter handle.

See his tweets below:

I have been a member of @rccghq for close to 20yrs so I will call out @ProfOsinbajo for the embarasment he has become to the Body of Christ. Watching as Christians get killed daily. If it hurts you, tell him to resign as a pastor so I can face him as the politician he has become.

So, I will officially be sending in a petition to the Daddy G.O. of the @rccghq about Pastor @ProfOsinbajo and getting signatures from around the world on the need for the Church to de-robe him as a Pastor so he doesn’t further ridicule the Church.

The ONLY reason @ProfOsinbajo is VP today is because he’s a Christian. Tinubu could as well have taken the slot if there wasn’t need for it to be a Muslim/Christian ticket so, as far as he remains in asorock on that ticket, he must speak and defend the Faith. It’s non-negotiable.

In 2015, the APC used @ProfOsinbajo to secure many Christian votes. After that, he was abandoned in the Villa to read papers. It’s another election year and they’ve released him to start going about again BUT WE WON’T LET HIM UNTIL HE SPEAKS AGAINST THE KILLING OF CHRISTIANS. 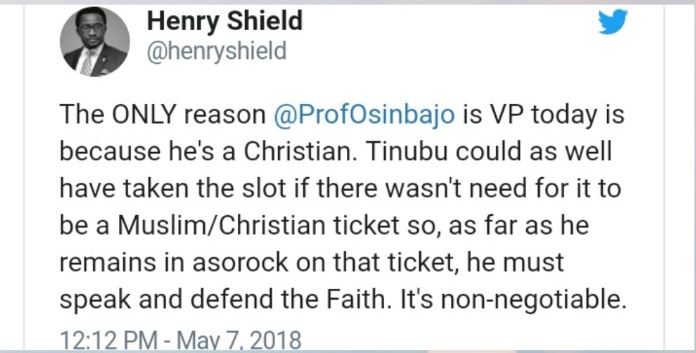 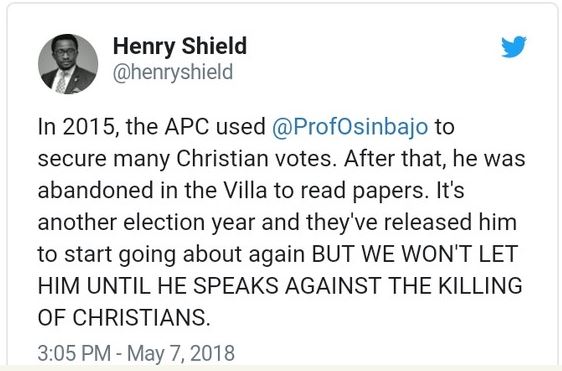