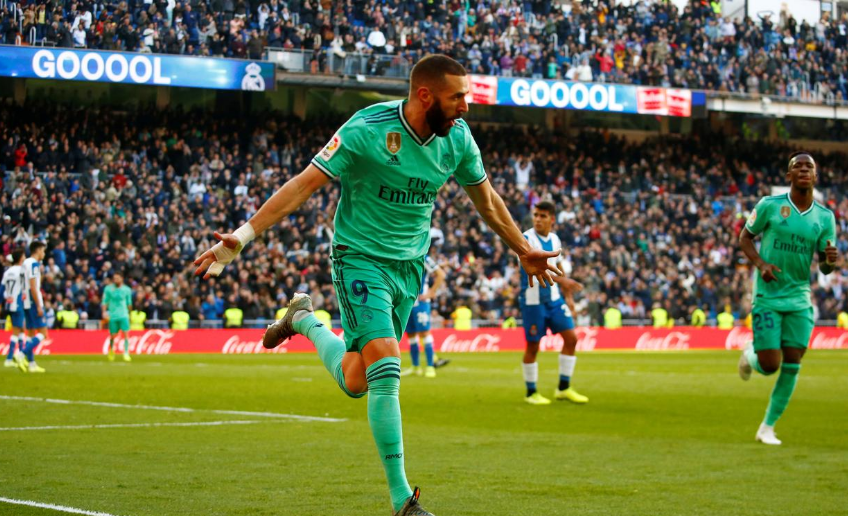 Real Madrid’s Raphael Varane and Karim Benzema scored in each half to earn a comfortable 2-0 win over Espanyol that sent their team provisionally top of La Liga on Saturday.

Madrid were not at their best but moved three points clear of rivals Barcelona, who host Real Mallorca in the late game. Real have 34 points from 15 games with Barca on 31 from 14.

Varane broke the deadlock in the 37th minute after a quiet opening to the game, with Benzema setting up the defender to neatly slot the ball home.

Benzema missed two good chances but got the second goal from close range in the 79th before Madrid defender Ferland Mendy was sent off four minutes later for a second yellow card.

“It was a very demanding game on a physical level, they pressed us high up and we had to be patient in front of goal,” said France defender Varane.

“We tried to play our game but we lacked the final ball to hurt the opponent. We played well and they did too.”