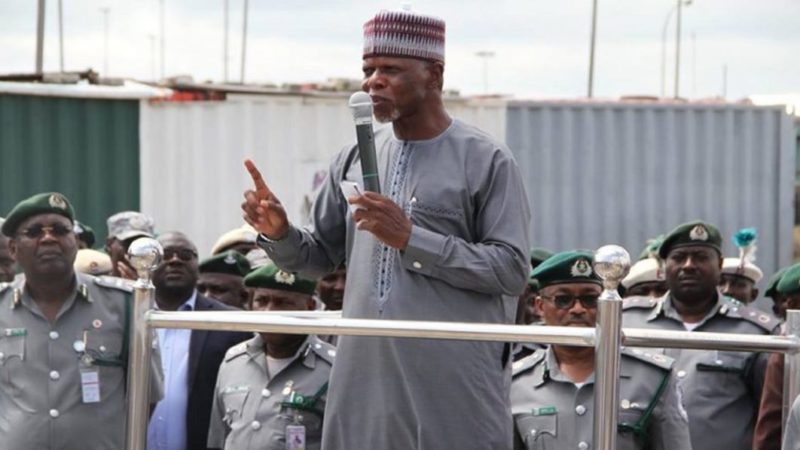 The Comptroller General of the Nigeria Customs Service, Col Hameed Ali (retd) has said despite the strict measure put in place by the Customs and other security agencies across all land borders to stop the importation of rice, smugglers still find means to smuggle the commodity into Nigeria.

Ali said this has shown that Nigerians have the natural tendency to commit crime.

The Customs CG stated this in Lagos on Tuesday while briefing newsmen about the seizure of $8.06 million cash off the tarmac at the international wing of the Murtala Mohammed airport.

Recall that the Federal Government shut all land borders in the country to stop the smuggling of rice, as well as the import and export of other goods since August 2019 and, is yet to reopen the borders.

The move according to the government is to help the business of local rice farmers and also boost the economy.

Despite the heavy security presence across the land borders and frequent seizure of hundreds of bags of rice, a worried Ali said smugglers have devised several means to bring rice into the country.

“The fact that we have border closure and people still bring rice and other items into the country shows that our people have the natural tendency to commit crime.”

The CG, however, appealed to the media and the public to support the Customs with the right information that would help them do their job effectively.

“We need the cooperation of the media and the general public to get the right information that would help us do our job because Customs are not magicians,” he said.

“Before you know it, illicit drugs, weapons, and other dangerous materials will come in and your children and relations will become victims of these dangerous items.”