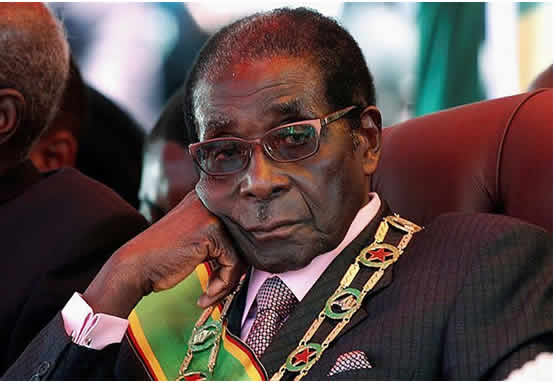 The burial of the late former president of Zimbabwe, Robert Mugabe, earlier scheduled to hold on Sunday, has been postponed indefinitely, ZimLive reports.

The burial which was supposed to hold in Zimbabwe is not likely to hold again.

Family members of the deceased ex-president confirmed the development to Zimlive.

According to Mugabe’s nephew, Leo Mugabe, who is also the family’s spokesman, Mugabe was a chief and he would be given a traditional burial.

It was reported that in some parts of Zimbabwe, burials of chiefs are a secret affair and people are only told the resting place afterward.

Mugabe died on Friday at the age of 95 in Singapore, where he was receiving medical treatment.

Mugabe’s body is expected back in Zimbabwe on Wednesday.

Dangote Cement trailer crushes 11 to death on ‘Many Have Gone’ hill in Nasarawa
Osun, Oyo bicker over funding of LAUTECH