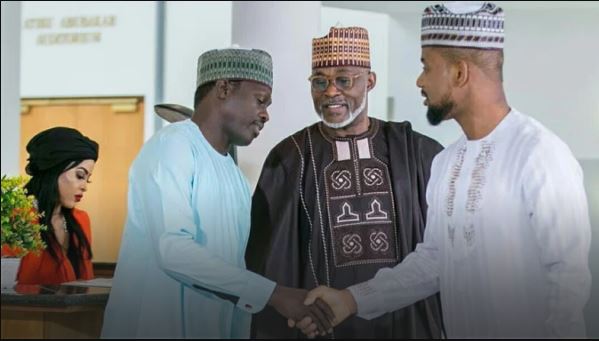 A star-studded romantic movie “Zero Hour” featuring Nollywood veterans Richard Mofe-Damijo (RMD) and Ali Nuhu is set to premiere in cinemas across Nigeria on March 22, its producers have said.

Native Media, its Co-producer, has released the trailer of the acclaimed movie shot in Abuja and Accra, Ghana.

It is produced by Rogers Ofime, a Nigerian born Canadian based filmmaker and television producer, known by notable series `Tinsel’.

The plot of the movie follows the story of Alhaji Danlami (played by RMD), a two-faced individual, and Zamani (Ekubo), an heir to an empire, who returned home after his father passed on to take over his business.

MORE READING!  Kobe Bryant: Nobody has the right to tell others how to grief, CeeC slams Khloe for criticising Nigerians

‘Zero Hour’, directed by Robert Peters who also directed AY’s blockbusters “30 Days in Atlanta’’ and “A Trip to Jamaica’’, is a blend of Nollywood and Kannywood.