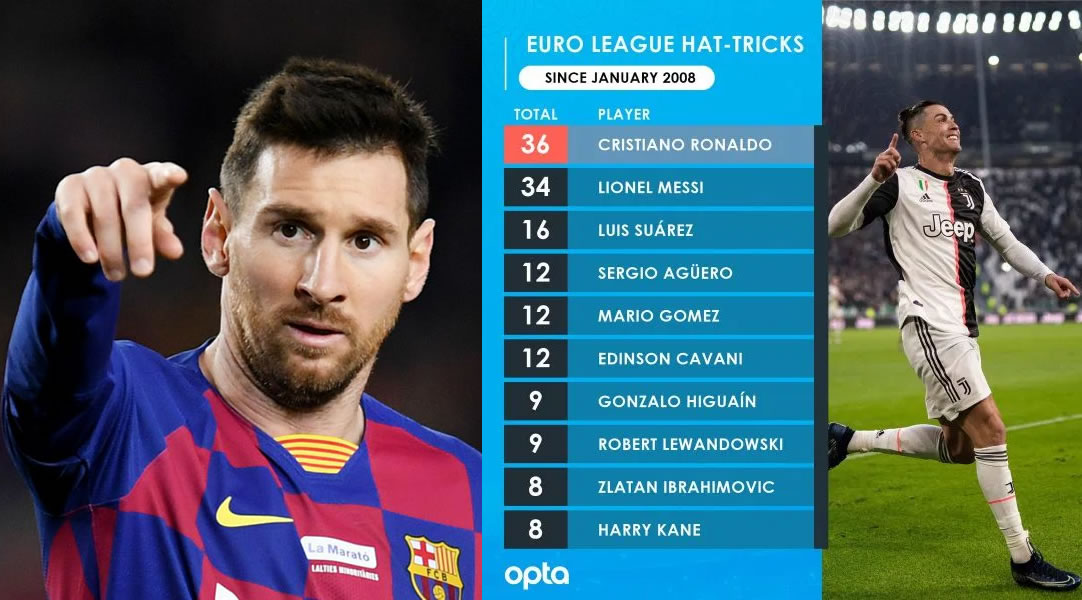 Cristiano Ronaldo has extended his lead over Lionel Messi in the number of hat tricks scored in his career.

He now has 36 hat tricks to Messi’s 34 after the Portugal captain netted his first for Juventus in the match against Cagliari on Monday.

Juventus won 4-0 to move top of the table in Italy.

Cagliari defended well in the first half to keep the hosts at bay in Turin, according to ma match report by bleacherreport.com, but four minutes after the break, Ronaldo put his side ahead after taking advantage of a defensive mistake.

The Portuguese superstar then netted from the penalty spot after the excellent Paulo Dybala was fouled in the box by Marko Rog before setting up Gonzalo Higuain for Juve’s third 10 minutes from time.

One minute later, Ronaldo completed his treble with an accomplished finish, and Inter Milan will now need a victory over Napoli to reclaim the top spot when they play later Monday.