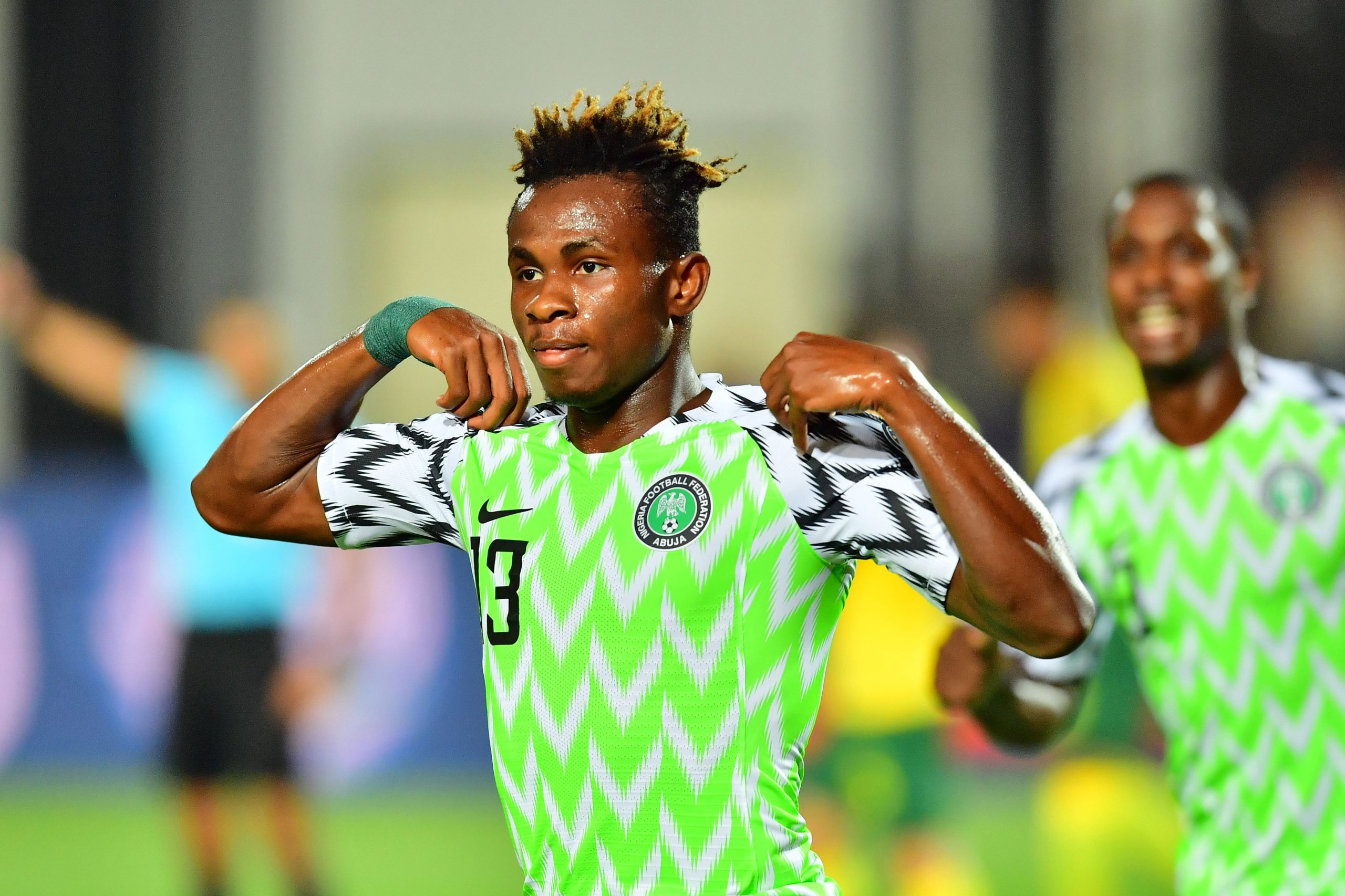 Chelsea, Liverpool and Manchester City have all expressed interest in signing Villarreal and Nigeria winger Samuel Chukwueze, according to reports.

Chukwueze has developed into a key player for La Liga side Villarreal over the past two years and has featured in 19 of their 23 league games this season.

The 20-year-old was strongly linked with a £30million move to Liverpool during the recent January transfer window and the Reds are expected to revive their interest in the summer.

But the Daily Mail says the Premier League leaders will face competition from domestic rivals Chelsea and Man City, who are also interested in striking a deal for Chukwueze.

As well as starring for Villarreal, Chukwueze has become a regular for Nigeria and is valued at around £60million.

Chukwueze has attracted the attentions of Europe’s top clubs after Lionel Messi placed him third in his vote for the Kopa Trophy, an award for players under 21.

The 20-year-old winger eventually finished ninth in the poll, which is voted for by former Ballon d’Or winners.

As a teenager he starred in the 2015 under-17 World Cup, scoring seven goals in seven matches as Nigeria were crowned champions.

Chukwueze is contracted to Villarreal until 2023, but the Yellow Submarine are bracing themselves for a summer transfer scrap for his signature.

Liverpool have been so impressed that they bid €35m (£29.5m) for him in January, according to France Football.

The publication says the Reds wanted Chukwueze to provide cover and competition for Mohamed Salah, with Xherdan Shaqiri increasingly looking set for a future away from Anfield.

Liverpool only bolstered Jurgen Klopp’s squad with the signing of Takumi Minamino from Red Bull Salzburg in January and are expected to sign two or three players this summer.

Despite getting their transfer ban lifted, Chelsea did not complete a single deal last month, leaving Frank Lampard frustrated and concerned for the rest of the campaign.

Some players had bad attitudes during my time at Arsenal – Unai Emery
My brain refuses to accept that both Kobe and Gigi are gone, Vanessa Bryant breaks silence