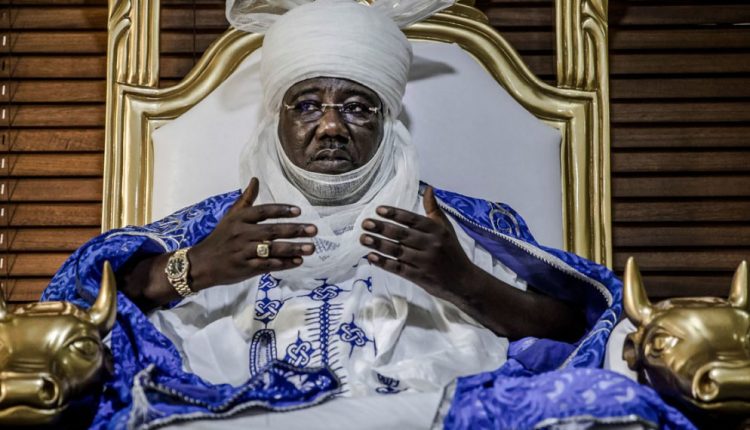 The Sarkin Fulani of Lagos State and the Chairman of the Association of Fulani Chiefs in South-West Nigeria, Alhaji Mohammed Abubakar Bambado has debunked the insinuations making the round that has plan to transmute to an Emir in Lagos State saying, “The insinuation is far from the truth.”

He warned that the cordial relationship between the good people of Lagos State and the Fulani residents which have been in existence for over a century should be preserved.

The monarch disclosed that the rumours emanated from an interview he granted some foreign media personnel doing a documentary on Nigeria, saying the documentaries are not secret documents as they are already published and in public domain for whoever has interest to go through.

According to the worried monarch, the aims of those peddling the unfounded rumours are actually targeted at polluting the cordial relationship between President Muhammadu Buhari and the people of the south-west with a view to scoring cheap political goals towards 2023.

While asserting that His Royal Majesty, Oba Rilwan Akiolu of Lagos, is like a father to him, Bambado pointed out that, “having a Sarkin Fulani in any state is like having Eze Ndigbo as well as Yoruba Obas in other state across the nation,” emphasising that, “there is no way these tribe leaders can claim equality with the owners of the land.”

He challenged anybody to show any insignia around his palace that suggests that he is planning transformation to the status of an Emir in Lagos to come out with proof just as he urged the good people of Lagos State, South-West and the whole country to disregard the erroneous insinuations from the people he describes as, “the enemies of Nigeria.”

While assuring that the latest insinuation would not alter the peaceful coexistence and good neighbourliness the Fulanis are enjoying in Lagos and the south-west, the monarch warned the rumour mongers and insinuation peddlers to desist from their divisive antics, asserting that, “they will fail woefully in their attempts to destroy this country that belong to all of us.” God bless our country Nigeria.