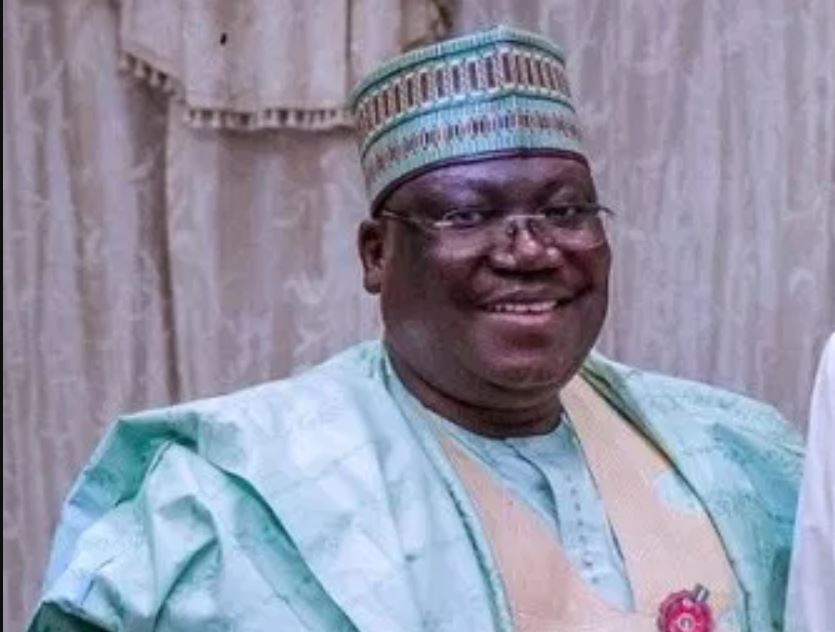 The President of the Nigerian Senate, Ahmad Lawan, on Tuesday approved the appointments of Babagana Muhammad Aji as his Chief of Staff and Dr. Festus Adedayo as his Special Adviser on Media and Publicity.

The appointments according to a statement by the Special Adviser to the Senate President on Administration, Dr. Betty Okoroh, are with immediate effect.

“The appointments were made based on merit, experience, track record and competency of Aji and Adedayo.

“They are needed by the Senate President in executing his planned legislative agenda.”

Aji, who is currently an Administrative Coordinator of National Health Insurance Scheme Outreach Services, holds a Master Degree in Educational Planning and Administration, and another one in Public Administration, both from the University of Maiduguri.

He started his career with the University of Maiduguri in 1987 as Administrative Assistant and rose to become the Registrar of the University in 1997.

He later joined the services of University of Maiduguri Teaching Hospital where he was appointed as Director in 2016.

He is a member of several professional bodies including the Nigerian Institute of Management and Registered Administrative Managers of Nigeria and attended several workshops, trainings and conferences both locally and abroad

Adedayo, on the other hand, is a holder of PhD in Political Communication from University of Ibadan, and a member of Editorial Board of Tribune newspapers.

He was a Special Adviser on Media to the immediate past Governor of Oyo State, Abiola Ajimobi. 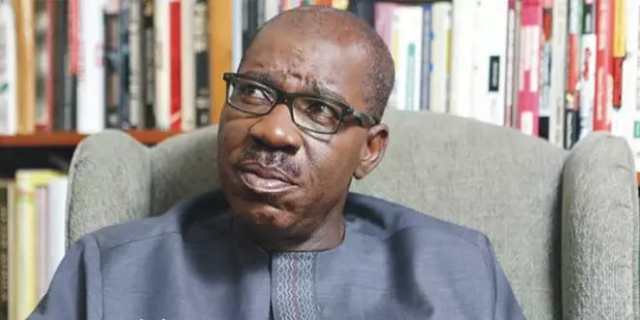 President Muhammadu Buhari on Monday met behind closed door with Gov. Godwin Obaseki of Edo at the Presidential Villa, Abuja.

reports the meeting which was at the instance of the governor came ahead of the governorship primary election of the All Progressives Congress (APC), scheduled for June 2020.

Speaking to State House correspondents at the end of the meeting, Obaseki said he was in the Presidential Villa to formally intimate the president of his intention to seek re-election as governor of Edo on the platform of the All Progressive Congress (APC).

The governor, who is believed to be at loggerhead with the APC National Chairman, Comrade Adams Oshiohmole, over his second term ambition, presented his Expression of Interest form to the president for the blessing.

“I came to see Mr. President to formally inform him of my desire and intention to seek re-election as governor of Edo State on the platform of the APC in the forthcoming gubernatorial election.

“As a father of the country, as our president, I should not just assume or take things for granted – I have to come to inform him and solicit his support in my gubernatorial bid, and the president was quiet warm and quiet welcoming.

“When I showed him my Expression of Interest form, he looked through it and teased me that he would not have to go through this again and wished me good luck and assured me of his support,’’ he said.

On the political tussle in Edo, the governor stated that the crisis was being instigated from outside the state.

Obaseki also described the political misunderstanding between him and Oshiohmole as very unfortunate, saying however that he was ready to reach a truce with all aggrieved members of the APC.

“It is unfortunate that he (Oshiohmole) is taking the position he has taken. I believe that he was not properly guided.

“I am his Governor and it is my responsibility to seek peace for my State and with all my citizens.

“The relationship is still frosty but I am doing all I can to try and make it warm just for the sake of Edo people. I am committed to whatever it will take to have peace and not to lose lives in Edo, within the law, whatever I can do that is constitutional, I will do,’’ he stated.

According to the governor, he has the full support of his counterparts, all the governors elected on the platform of the APC, in line with the principles of the party, which encourages continuity.

On the COVID-19 pandemic, the governor revealed that about 300,000 out of the targeted 500,000 indigenes of the state had so far been screened for Coronavirus disease. 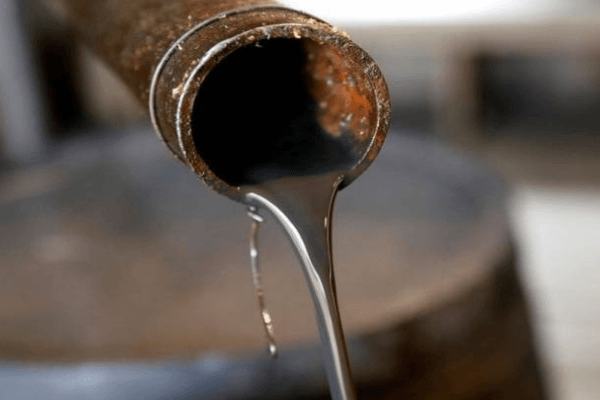 The Senate on Monday expressed concern over the high cost of crude oil production by the Nigeria National Petroleum Corporation (NNPC).

It said despite the high cost of producing crude oil, Nigeria was not getting much in return on its investment in crude oil production.

Solomon Adeola, Chairman, Senate Committee on Finance, made the observation at an interactive session on Medium Term Expenditure Framework (MTEF) and Fiscal Strategy Papers (FSP) with officers of Ministry of Finance, Budget and National Planning.

Other agencies of government in attendance at the meeting included revenue-generating agencies such as NNPC, Nigeria Customs Service, and Federal Inland Revenue Services (FIRS) among others.

Adeola said: “I want you to take us through why Nigeria’s cost of production per barrel of crude oil is the most expensive in the world.

“Give us the breakdown of what constitutes those costs into variables and the technical cost.

“We want to know what you are doing as an agency of government to bring down this cost,” he said.

He said the committee was interested in ascertaining other costs of crude production in terms of administrative cost.

“Who determines this cost, with a benchmark of 25 dollars as proposed, Nigeria is just going to have just three dollars as its own return on investment.

“The oil revenue and the mineral revenue as proposed in the MTEF have dropped from almost N8.86 trillion to N3.33 trillion, are you saying that it is a worthwhile investment for us as a nation.

“How do you ensure that Nigeria is being charged the right cost on each barrel of oil.

“We are beginning to be afraid as to why we are channeling all our efforts to this oil and gas if the return on investment is nothing to write home about,” he said.

Sen. James Manager (PDP Delta) said the reason adduced by NNPC for the cost of production was not tenable.

“How is our own so peculiar that our cost of production is up to 21dollars per barrel.

“These are issues that the national assembly is supposed to take up,” he said.

Sen. Jibril Isah (APC Kogi) said:” I am disturbed because, I expected the NNPC to dwell more on fixed costs but surprisingly, you are talking about administrative cost, security, these are variables.

“Even the fixed cost, in the long run, are also variables which you can also work on,” he said.

The Group Managing Director of NNPC, Mr. Mele Kyari said the NNPC was working hard to bring down the fixed cost of crude oil production.

“We know that these costs are high that is why we have decided to go from even the initial approved 25 dollars to 21 dollars per barrel.

“We believe that once we have the new framework in place going forward, we shall even see a lower cost of production from T1 and T2.

“There are things we are targeting; security challenges are peculiar to Nigeria.

“In other climes, pipelines are on the surface you hardly see them being tampered with, but in Nigeria even when they are buried two meters to three meters deep they are still being vandalized.

” In some cases, we are trying to take them to deeper levels but those ones will add to the cost of production like going 10 meters to 15 meters deep.

“This adds to the cost about three or four times the cost of production as against putting the pipelines on the surface,” he said.

He said NNPC was working with security agencies to ensure that security hitches responsible for high costs were brought down to the minimum.

APC governors meet to save Obaseki 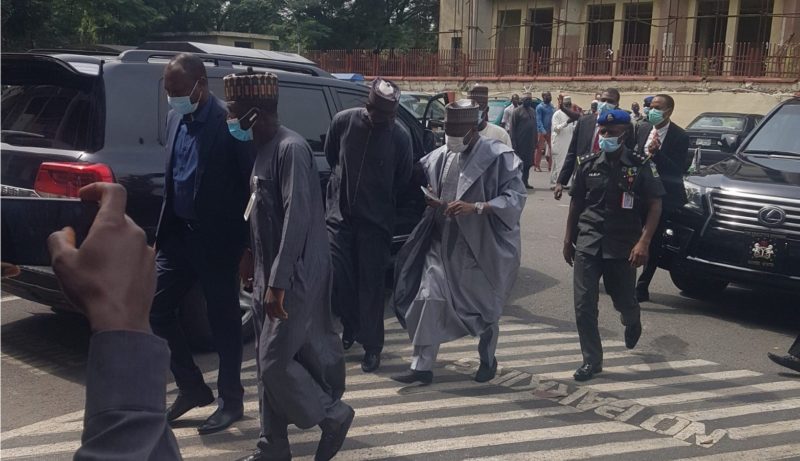 Ahead of the expected meeting with President Muhammadu Buhari over the upcoming Edo, Ondo gubernatorial, governors under the All Progressive Congress (APC ) have arrived the national secretariat of the party.

The meeting which is expected among other things to discuss the frosty relationship between the Edo state governor, Godwin Obaseki and the APC National Chairman, Comrade Adams Oshiomhole.

It would be recalled that governors of the party had on Sunday met with the national leader of the party, Asiwaju Bola Tinubu over the same matter.

It was reported that another meeting will hold with President Muhammadu Buhari at the Villa later today.

Among the governors on ground are Atiku Bagudu of Kebbi, Babajide Sanwo-Olu of Lagos, Simon Lalong of Plateau, Rotimi Akeredolu of Ondo, Muhammad Inuwa of Gombe state.

According to a party source, the meeting is in continuation of the one held in Lagos State Sunday night on the Edo State Governorship primaries.