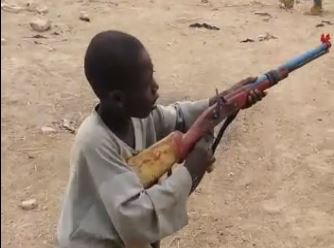 A village boy of around seven-years-old who was reported to have been to the Sambisa forest showed different gun handling and shooting strategies he has been taught.

In the 1.32 minutes video, the boy could be seen squatting and taking different poses as he fakes battle with some unseen forces.

The residents of the areas said about 90 residential houses, a Church, Clinic, 9 shops, and other properties worth millions of naira were destroyed during the attack.

The District Head of the area, Alh Mohammad Maina Bukar while briefing the Borno State Deputy Governor, Alhaji Umar Usman Kadafur, who paid a sympathy visit to the affected communities, said they have lost source of livelihoods as a result of the attack.

The communities blamed the attack on lack of telecommunications network in the area.

They, however, informed the deputy governor that local hunters repelled the attacks and succeeded in killing three members of the insurgents, while one resident sustained a bullet wound.

“There was no civilian casualty,” they said.

“The insurgents stormed the villages at about 6:30 pm to 10:25 pm simultaneously; they burnt down 90 residential Houses, 9 shops, 1 church, 1 dispensary/Clinic, 1 tractor and carted away essential commodities, as well as food items.”

While sympathizing with the people of the communities, the deputy governor urged them to take the incident as an act of Allah (God) and continue to pray for lasting peace.

He also said that the vigilante group would be well equipped and provided with monthly stipends to help them operate side by side with the security operatives in defence of their communities.

Family of five die in gas inferno in Imo 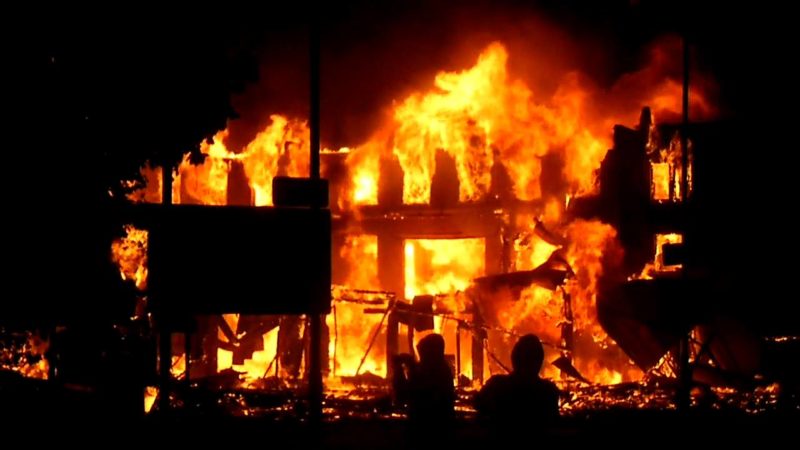 A gas station located in Umuoma Nekede Owerri-west LGA of Imo state has been gutted by fire, killing a family of five.

According to DAILY POST, the incident which took place on Friday was triggered by a truck discharging cooking gas.

According to an eye witness, Princely Onyenwe, the truck caught fire while discharging gas and destroyed vegetation around.

“I put the blame on the carelessness of the operators of Tiengo gas station who ignored its leakage. The flaring of the gas quickly sent the fire to a nearby compound and burnt five people, four children and the wife of Mr. Onyekpandu Ekeada.

“Another residential house affected by the inferno is brothers and sisters lodge. Gas stations should not be sited around residential areas because of their inflammable nature. The Imo government should look into this,” he advised.

Onyemuche Anukam, a resident of brothers and sisters lodge, described the incident as unfortunate, appealing to the government to relocate the gas station elsewhere.

Mr Onyekpandu, the father of the victims while speaking said that his family was seated outside the compound around 9pm when the incident took place and killed all his children including his wife.

He cried to the state government to come to his rescue, lamenting that he had lost all he lived and struggled for in life.

He gave his children’s names as Precious, Chidera, Miracle, Izunna and their mother, Marcellina. 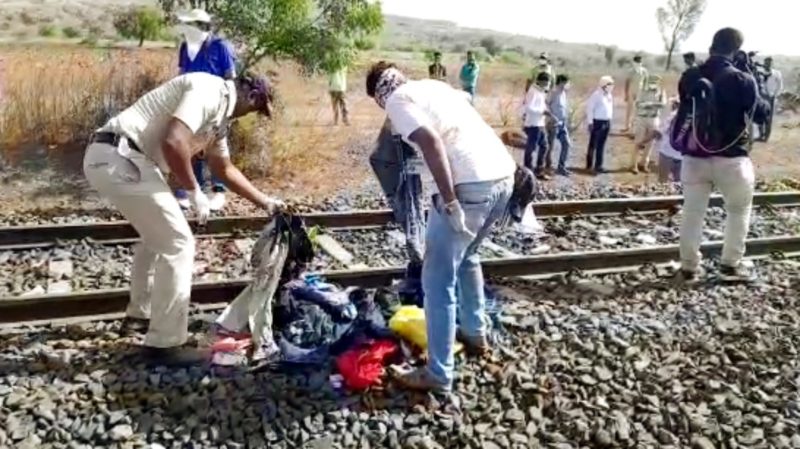 No less than 19 pilgrims from a single Sikh family on Friday were killed in Pakistan when a train rammed into their bus at an unmanned railway crossing, officials said.

According to NAN, local police Chief, Mohamed Akram, said the incident occurred in the town of Sheikhupura in the central province of Punjab.

Akram added that nearly a dozen people were injured and were being treated at various hospitals.

According to the spokesman, Farooq Ahmad, the death toll may go up as some of the injured are in critical condition.

“All the victims belong to the same family and there were children among the dead and injured,” Ahmad said.

He said the pilgrims were heading back to their hometown in North-Western Pakistan after travelling to one of the holiest shrines of the Sikh faith in the nearby city of Nankana Sahib.

MORE READING!  Horrifying! Woman arrested after nailing the head of her 10-year-old maid

The spokesman for Pakistan Railways said the train was heading to the city of Lahore from the Southern metropolis of Karachi.

Footage on Pakistan’s television channels showed ambulances rushing dead bodies and injured people to hospitals while relatives of the victims were seen sobbing.

Accidents involving trains are common in Pakistan, where railway infrastructure was laid by the colonial British rulers of the Indian sub-continent almost a century ago and has hardly been upgraded since then.

Derailment and collisions at unmanned railway crossings are the major cause of deaths in these accidents.

In November 2019, more than 70 passengers were burnt to death when a train caught fire after an accident in Southern Pakistan in the deadliest accident in decades. 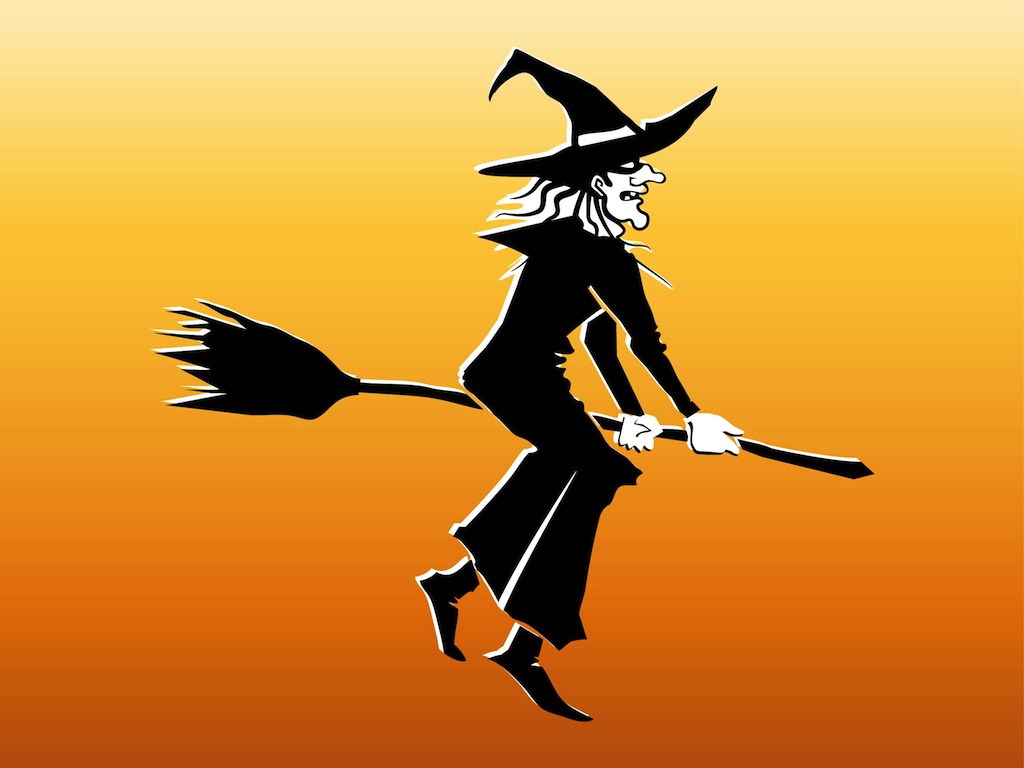 The Special Adviser to Governor Ben Ayade on Forest Security, Thomas Obi Taiwo, popularly referred to as General Iron has opened up on how over eleven persons in Boki were killed.

Taiwo told DAILY POST in Calabar on Thursday that three women suspected to be witches confessed that they killed three men in Oku in Boki Local Government of Cross River State through alleged witchcraft.

Three Chiefs and others were also burnt to death in the Oku community in Boki Local Government Area of Cross River State over allegations of witchcraft and wizardry.

It was learned that among those killed was Chief Benard Kekong who was a former manager, Boki Oil Palm Estate in Borum. He died an hour after he was burnt.

The victims, it was gathered, were accused of being witches and wizards in the Oku community in Boki Local Government Area of the State.

But Taiwo regretted the incident which occurred in the area explaining that trouble started when three women confessed that they had killed three young men, Emman Atom, Asu Otu and Asu Caliphonia, using witchcraft.

Taiwo said youths in the community lynched the victims after they confessed to the alleged crime.

“When that event took place, I was in Ogoja and they called me from there on phone that my community was on fire, that I should come back immediately, so I rushed up and come

“When I came, I began to cool down tempers and begged the youths not to take laws into their hands and they should allow the government to investigate the matter through the Police.”

Taiwo, however, accused the state government of not implementing the promises made to the youths of the area, a situation that could have led to their restlessness, he alleged.

“Government promised to train youths and empower about 500 of them but as we are speaking, nothing of such has happened.”