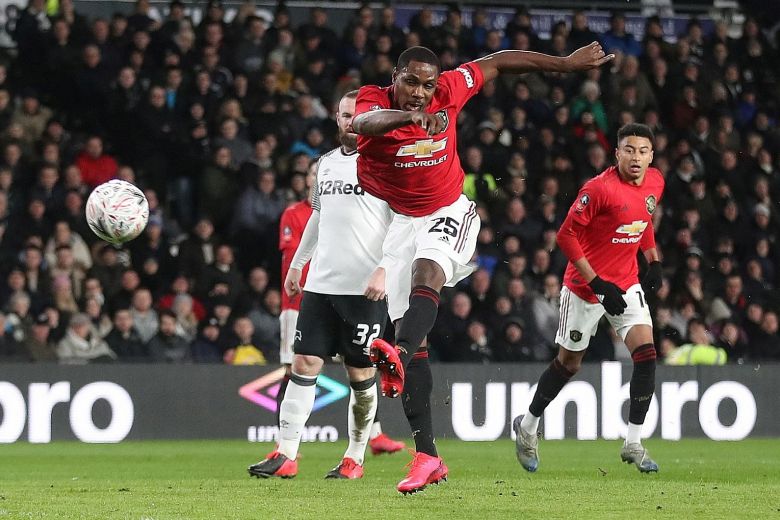 Odion Ighalo has reportedly been offered an eye-watering £400k-a-week contract by Shanghai Shenhua to try to convince him to stay at the club rather than joining Manchester United permanently.

The Nigerian striker made the surprising loan move to Old Trafford in January, but despite many questioning whether he was good enough he has so far been an unmitigated success, scoring four times and creating one assist in eight games before the season was suspended.

United boss Ole Gunnar Solskjaer is said to have been so impressed with the 30-year-old that he has already been convinced to sign him permanently, and Ighalo is also thought to be keen on signing a contract with the club he supported as a child.

But according to Sky Sports Shanghai are desperate to keep hold of their prized asset, and have made him a lucrative offer to try to tempt the player to reject United.

Ighalo’s current deal expires in December 2022, and the new contract offer would extend it for two more years until December 2024.

It remains to be seen what he decides on, but there is no doubt United have a special place in his heart, with Ighalo describing it as a “dream come true” to play for the club.

Former United defender Rio Ferdinand heaped praise on the forward during an Instagram Live on Tuesday and said he had proved all the doubters wrong.

“Eight games, three starts, four goals and one assist. All you people saying ‘What are we doing signing him?’ I was one of them, I have to admit it,” said Ferdinand.

“He’s proved us all wrong. It’s refreshing to see someone like a supporter, he looks delighted to be there, like he’s saying thank you every day to Ole.

“This boy looks like he’s happy to be there, and whatever he’s told to do he will do to the best of his ability.

“It’s shocked me to see what he’s done, and he hasn’t turned them into world beaters but they needed something and he’s brought it.