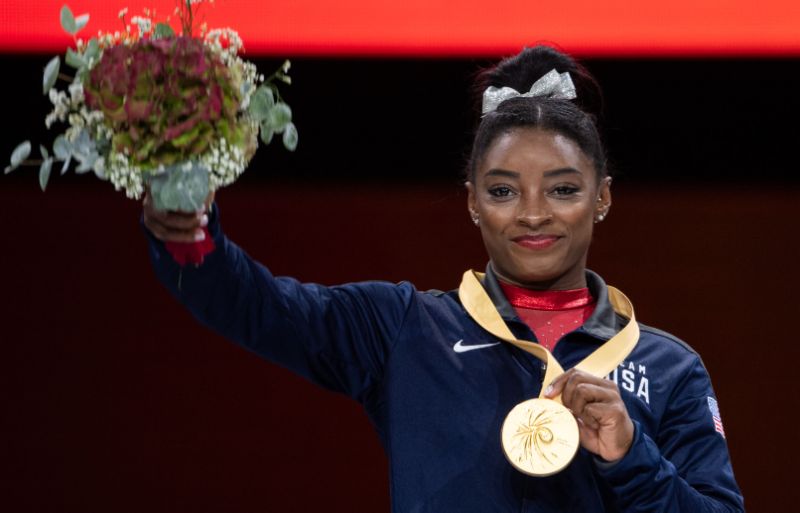 22-year-old American, Simone Biles won the women’s vault competition at the gymnastics world championships on Saturday to tie the record for most world medals by any gymnast, but couldn’t add another in the uneven bars.

Biles successfully defended her vault title on Saturday by sticking the landing on her two vaults, a Cheng and an Amanar, for a score of 15.399. Biles’ US teammate Jade Carey took the silver on 14.883, with Ellie Downie of Britain third on 14.816.

That took Biles to 23 career world championship medals, equaling the mark set by Belarusian Vitaly Scherbo for any gymnast, male or female.

The 22-year-old American had the chance to make it 24 in the uneven bars, but couldn’t repeat her silver-medal performance from last year and finished fifth.

Of Biles’ 23 world championship medals, 17 are gold against 11 for Scherbo, who won his from 1991 through 1996. Scherbo competed at four world championships, against Biles’ five, but the men’s program contains more events.

Biles came into the world championships tied as women’s record-holder on 20 with Svetlana Khorkina, but broke the tie with team gold Tuesday before winning her fifth individual all-around gold two days later.