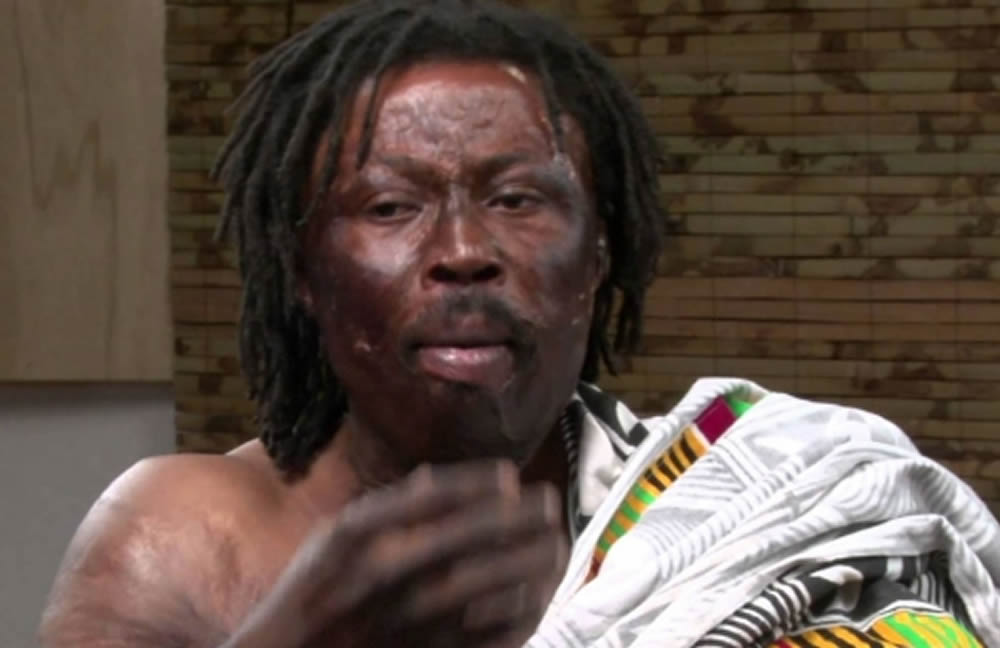 Nana Kwaku Bonsam, a Ghanaian witch doctor and fetish priest, has revealed that the secret to his “young and good looks” is dating and sleeping with young girls.

The 46-year old fetish priest who had once claimed that he fortified 1700 pastors from Africa told a Ghanaian news outlet that “I love dating and sleeping around young girls because it makes me happy and stronger.

“I am always young as compared to my age group and my secret is dating young girls. I’m not shy to tell Ghanaians that I go out with young girls.”

“Ike do you know I don’t go to hospital. Yes, I am strong and my immune system is strong to fight some diseases. Dating young girls has helped me a lot” he added.

However, he advised young men to abstain from ‘these young girls” if they want a good future.

“Though dating young girls help a lot but it wastes money. If you are a young man and you need a good future then stay away from those young girls.

Young girls are there for those who have enough money like me (Nana Kwaku Bonsam). They demand a lot and I am ready to pay to get my energy” he added.

The fetish priest whose name, ‘Bonsam’ translates literally as “Devil”, is a well known Ghanaian witch doctor and fetish priest.

Bonsam gained international notoriety when he claimed to put a voodoo curse on the Portuguese footballer Cristiano Ronaldo.

Before taking his present name, he was originally called Stephen Osei Mensah, a member of the Seventh-day Adventist Church in the village of Afrancho.

In 1992, when he was aged 19, he suffered severe burns in a gas explosion, after which his life underwent a transformation.