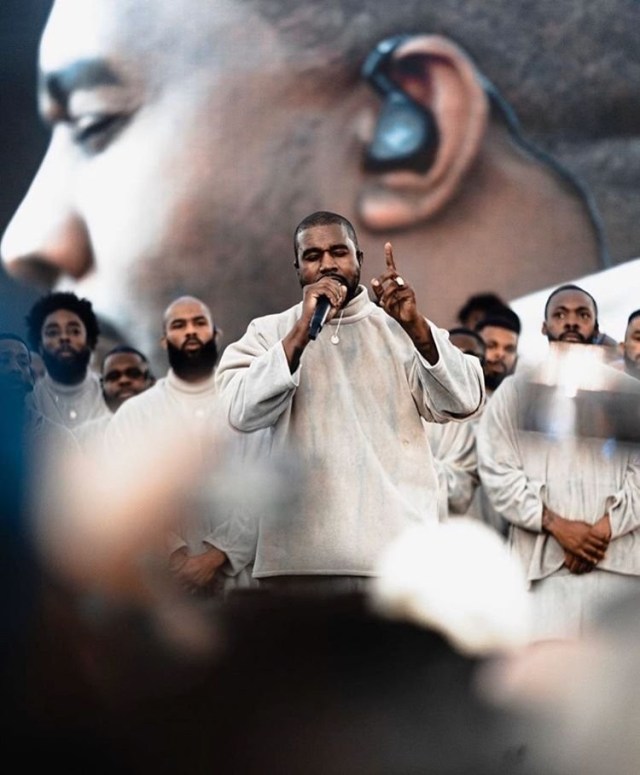 Born again American hip-pop artiste, Kanye West, has made yet another bold claim over the weekend – he says that some record label contracts actually prevent their artists from saying the name “Jesus.”

He made the claims during his Sunday Service performance at Bayfront Park in Miami.

“Chasing gold statues. Literally signing a contract and selling our souls. They got contracts out there that say, ‘you can’t say, Jesus.’ When we were working on this album, people were coming to the studio just to say ‘Jesus’ as loud as they wanted to. You can say Jesus in ‘Ye studio.”

Gospel Kanye has been adamant about denouncing his old ways. Back in October, his pastor, Adam Tyson, revealed ‘Ye contemplated quitting rap altogether as he considered it the Devil’s music since becoming saved.

“One time, he told me that he wasn’t going to rap,” Tyson revealed during a podcast interview.

“I said, ‘Why not?’ He said, ‘That’s the devil’s music.’ I said, ‘Hey, man. Rap is a genre. You can rap for God.’ I think he was already thinking about it a little bit, but I definitely said, ‘Hey, bro. I think you need to use your talents that God’s given you and use that platform for God.’”

West took the advice. He is currently working on Jesus Is King 2, which will reportedly be mixed by Dr. Dre.