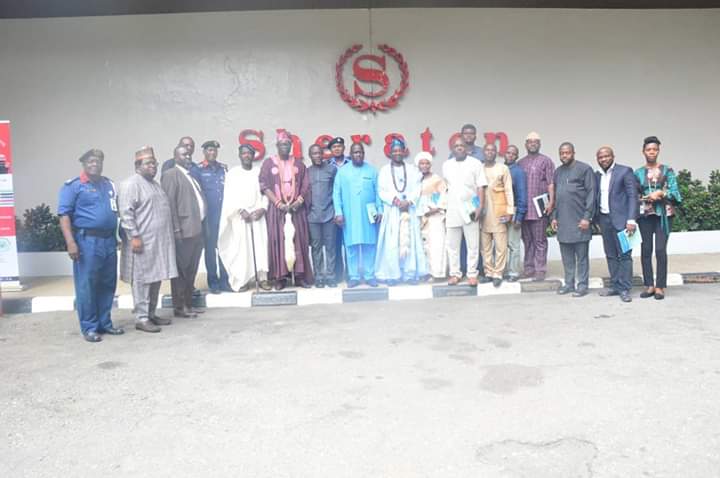 In his opening remarks, the External Relations Manager for WAPCo, Koffi Mensah, argued that illegal sand mining has remained a major threat to gas pipelines which cuts across four countries in West Africa- Nigeria, Benin, Togo and Ghana.

According to him, activities of these sand miners pose serious environmental problems such as land degradation, loss of agricultural lands and most importantly, fire disaster that could result from vandalisation of the gas pipeline buried deep into the grounds.

“We have over the years battled these illegal sand miners, informing them of the dangers because of the gas pipeline Righ of Way (ROW), specifically around Ota, Igbesa and Pako beach in Lagos state.

“If decisive actions are not taken now, the host communities risk a major disaster that could cut across borders. So, it’s important we work out a synergy between various relevant institutions, including traditional rulers on how to stem the tide before it’s too late,” Mensah added.

He advised that as a matter of urgency, government agencies responsible for issuing mining licenses must ensure the Right of Way of gas pipelines are delineated on all documents pertaining to license for mining activities as well as a the need for universal surveys for all the lands.

Also reacting at the event, representatives of the minister of Mines and Steel, Engr Omosebi Mayowa who is a federal mines officer, explained that the ministry is actually working assiduously at ensuring that due process is followed when it comes to issuing mining license.

​According to him, it is important for all stakeholders to look inwards in finding solutions to the activities of these illegal miners, noting that traditional rulers also have a key role to play because they are closer to the people.

​“We’re not totally exonerating our people, some civil servants are also to blame because we have heard stories of them conniving with miners to circumvent the procedures, but I can assure you that the ministry of mines and steel is on top of the situation, and will not hesitate to punish any of its people caught in such acts.”

Speaking on behalf of other traditional rulers at the workshop, Oba Ogungbayi Akanni Wasiu, the Olu Owode Otta, argued most often, traditional rulers are not consulted before mining licenses are issued to miners, and therefore they have little control over the activities of these miners.

He called on management of WAPCo as well as government agencies to involve traditional rulers because they closer to the grassroots and could easily identify and monitor activities of the miners in their communities.

Oba Ogungbayi Akanni Wasiu also called on government to promulgate law that will protect the lands, communities and the gas pipelines to prevent disasters.