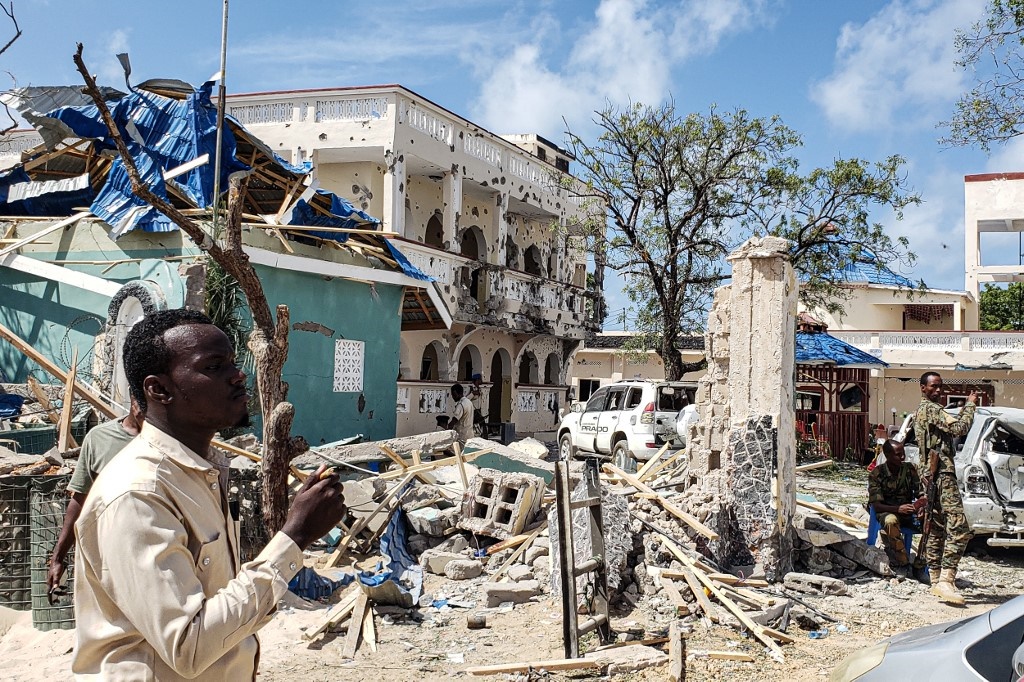 Twin attacks claimed by the Taliban hit a police checkpoint and hospital in north-western Pakistan on Sunday, killing eight people, including four policemen.

Militants first opened fire at a checkpoint in the city of Dera Ismail Khan.

A suicide bomber then detonated their explosive device outside a hospital gate upon the arrival of an ambulance carrying two police officers wounded in the first attack.

In total, 22 people were wounded.

A spokesman for the outlawed Tehreek-e-Taliban Pakistan (TTP), Muhammad Khurasani, in a statement, said the group carried out the attacks.

He said that a male suicide bomber struck outside the hospital, contradicting information from police who said a woman strapped with explosives blew herself up.

Riaz said that the bomber was wearing a burqa, a garment worn by women that covers the whole body.

According to him, long  hair consistent with a woman’s was also found at the scene and has been sent away for laboratory examination.

“At least 7 kilograms of explosive has been used in the attack,” he added.

The Pakistani military has pushed Islamist militants back from their mountainous hideouts in north-western Pakistan near the Afghan border in a series of offensives launched from mid-2014.

However, their capability to launch attacks on soft targets or the civilian population remains intact, posing a security challenge.

Last month, the army said that terrorist activity had jumped in the tribal region bordering Afghanistan and at least 10 members of the security forces had been killed and 35 injured over the past months.