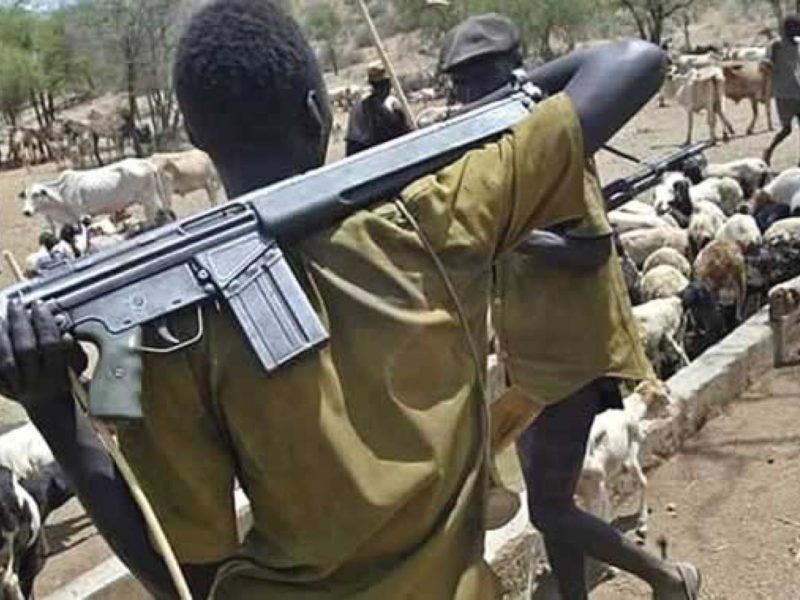 Gunmen suspected to be Fulani herdsmen are reported to have kidnapped a young man simply identified as Mr Joseph after eating his wife’s rice in Okpanam, Oshimili North Local Government Area of Delta State.

The Fulani who struck Graceland Estate in Okpanam during the heavy downpour on Monday night attacked the apartment of one Mr. & Mrs. Joseph and whisked the husband away after eating the rice they forced his wife to cook for them.

The wife of the kidnapped victim, Mrs. Joseph who narrated her ordeal said the herders came through the window pointing their gun on her husband and ordered him to open the door.

“They brought my husband out under the rain and asked him to lie down and they took me inside and asked me to prepare rice for them which I did. They took all my husband shoes, clothes, phones, ATM Cards and all my jewelry.

“After the preparation, they ordered me to dish into a flask which they took away and with husband to an unknown distinction.

“I put a call across to the Divisional Police Officer (DPO) of Okpanam, but the DPO said that he could not come as it was already late.

The woman affirmed that the persons who attacked them and abducted her husband were herders as they spoke the Fulani language.

She also claimed that she called the control room, alleging that the respondent was not around while the other respondent on another line said the person is not in Okpanam division.

The Police Public Relations Officer (PPRO), in the state, DSP Onome Onovwakpoyeya, who confirmed the kidnapped on Wednesday, said the command was making efforts to rescue the victim.

“DPO Okpanam has confirmed it. But the one kidnapped on Saturday at the area was rescued same day,” she said.

COVID19: Ekiti state to shut down markets today by 5pm