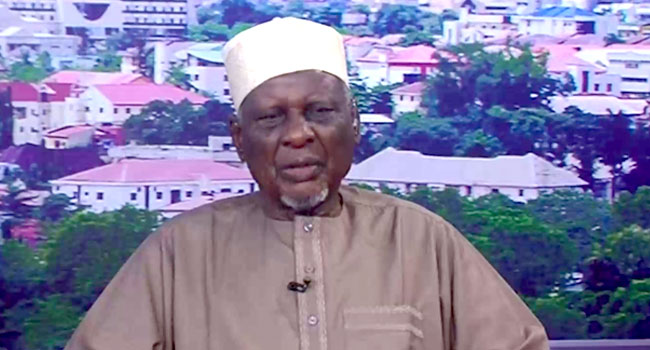 Elder statesman Tanko Yakasai has advised Nigeria to dump the presidential system of government for the French parliamentary system.

The French model of parliamentary system allows the whole country to elect the president while a prime minister is nominated by the parliament with the power to call for the removal of the president.

Yakasai said that this system of government would solve the cumbersome process of changing government in Nigeria.

The elder statesman also spoke on the recent controversial Supreme court ruling on the Imo State governorship election which upturned the victory of Emeka Ihedioha of the Peoples Democratic Party (PDP) and declared Senator Hope Uzodinma of the All Progressives Congress (APC), as governor of the state.

He said the removal of former CJN Walter Onnoghen without due process paved the way for a Supreme Court that would always dance to the tune of the President.

MORE READING!  Àmòtékùn: We are drafting legal framework that would stand the test of time - Ogun AG

“I made my views known long ago when the President Muhammadu Buhari started the move to remove the former Chief Justice of Nigeria (CJN). I spoke then that the due process of the law must be followed in the attempt to remove the former Chief Justice. My concern that time was that removing the CJN without the due process of the law would create a situation where President Buhari will have a Supreme Court of his own making that is there to dance to the tune of his music. And what is happening now, whether you like it or not, is creating the feeling that that is what that is happening to the country.

“My opinion is that the constitution is supreme and laws made by the National Assembly should be subordinate to the provision of the constitution. The intention of the constitution is that voters should determine who should govern them. We should ensure that those voters should enjoy the blessings of their votes. What happened in Imo State did not reflect this reality, which is that Nigerians should be given the opportunity to decide who will govern them at every tier of government and not the courts. I don’t think what happened was a good commentary on the Nigerian judiciary.”

Yakasai advised Ihedioha to seek a judicial review of the Supreme Court judgment.

He also commented on the recent declaration by the Attorney General of the Federation and Minister of Justice, Abubakar Malami, that the Southwest security outfit – Ametokun, set up by the governors of the South-west’s states was illegal.

He advised the South-west governors to follow the example of Kano State that won the case in court against the federal government when it established the Hisbah.