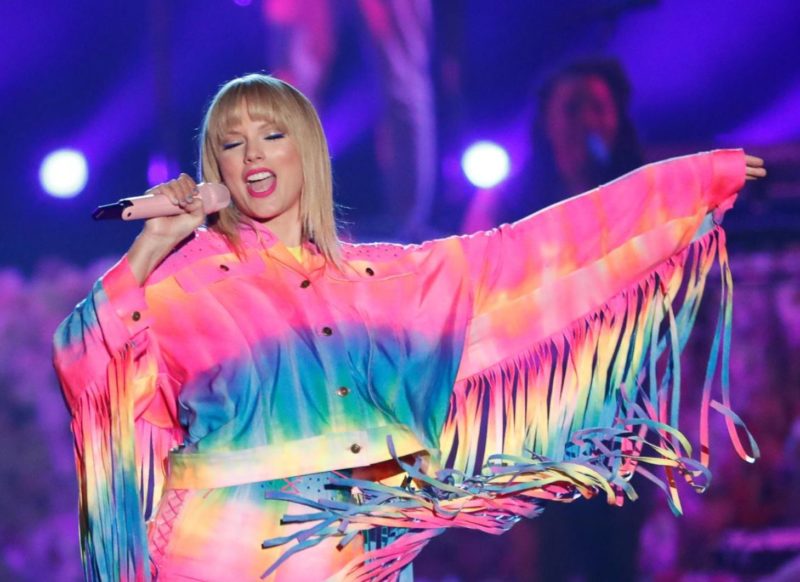 Taylor Swift is set to break King of Pop, Michael Jackson’s, all-time record for the most American Music Awards [AMA] wins as it’s confirmed she’ll receive the coveted Artist Of The Decade award at this year’s ceremony.

The 29-year-old has already picked up 23 AMA during her career, with this award equalling the King of Pop’s tally of 24.

“She’s won more #AMAs than anyone this decade… She’s a five-time 2019 #AMAs nominee… AND she’s performing at this year’s #AMAs LIVE on Nov. 24… @taylorswift13 is our ARTIST OF THE DECADE”.

The ceremony will be broadcast live from the Microsoft Theater in Los Angeles on November 24 on American network ABC, with Taylor taking to the stage to perform a medley of her biggest hits from the last decade.

Mark Bracco, Executive Vice President of programming & development at Dick Clark productions said: “Taylor’s impact on music this decade is undeniable and her performances on the American Music Awards have been truly spectacular.

“We’re thrilled to honour her as our Artist of the Decade and can’t wait for her to blow everyone away with an epic, career-spanning performance unlike any other!”

Taylor has also been nominated for five other awards at the AMAs this year, with the gongs for Favourite Music Video, Favourite Female Artist, Favourite Album, Favourite Artist and the top spot of Artist of the Year all set to propel her ahead of MJ and into the record books.

Picking up just one of these five in addition to the Artist of the Decade gong will automatically propel Taylor into the music history books. According to Mirror.

The bubbly blonde will be battling for Artist of the Year against Drake, Ariana Grande, Halsey and Post Malone.

Post Malone is currently leading the way with seven nominations, with Taylor Swift, Ariana Grande and Billie Eilish just behind with six nominations each.

MORE READING!  Will Smith admits he was jealous of wife's close bond with Tupac [Video]
Continue Reading
You may also like...
Related Topics:AMA, King of Pop, Michael Jackson, Taylor Swift