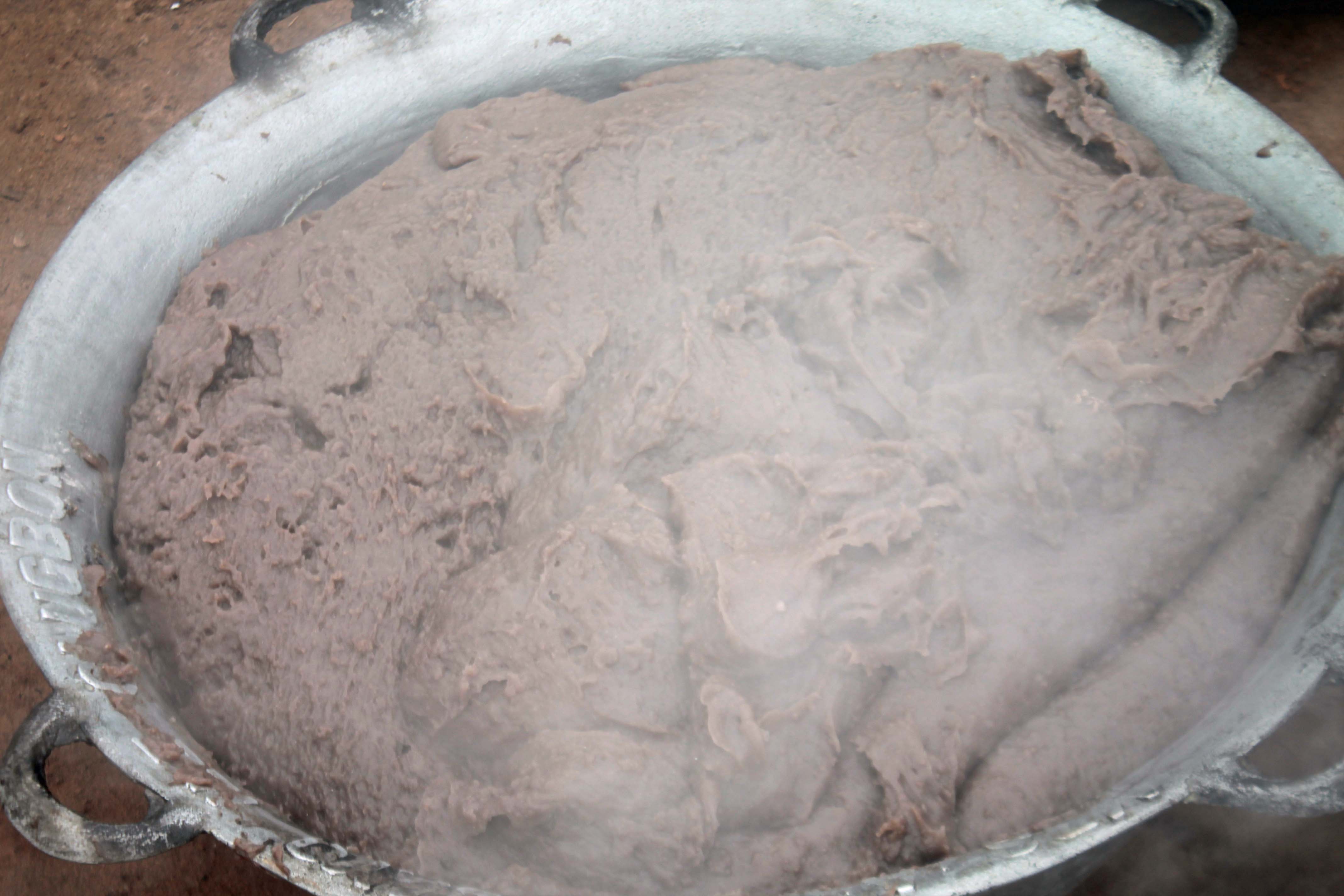 There was drama in Igede Ekiti, the headquarters of Irepodun/Ifelodun Local Government Area in Ekiti State on Sunday after a teacher stole a pot of amala (yam flour meal) from a neighbour’s flat.

The incident occured at Odogede area of the town at about 1.30pm. When locals heard about the theft, they sympathised with the teacher, who works at Ekiti Baptist High School saying it was due to lack of salary for several months.

It was gathered yesterday that the incident happened in a building made up of three flats.

A source, who lived within the vicinity where the incident happened, said: “The incident happened at about 1.30pm on Sunday when majority of the residents had arrived from their churches and the teacher could not go to church because of the prevailing condition.
“The neighbour on arrival at home prepared an amala, but unknown to her, the teacher had been watching and bidding her time when the owner of the food would leave the kitchen before she struck.

“As the woman preparing the food left the kitchen, the teacher went there and stole the pot of amala and carried it to her room.

“You know this industrial action is making us to devise means to survive, you know life is easier in rural locations and many of them have planted crops like maize, which can be harvested within three months. “Others are also cultivating cash crops as a fall back option anytime retirement comes. We just have to survive because this is not the best of times for civil servants.

“I also know others who are now learning trades like fashion designing, photography, barbing, decoration, cake making and other crafts.

“Those who combine business with government work and those who are clerics now have more time to practise their vocations.”