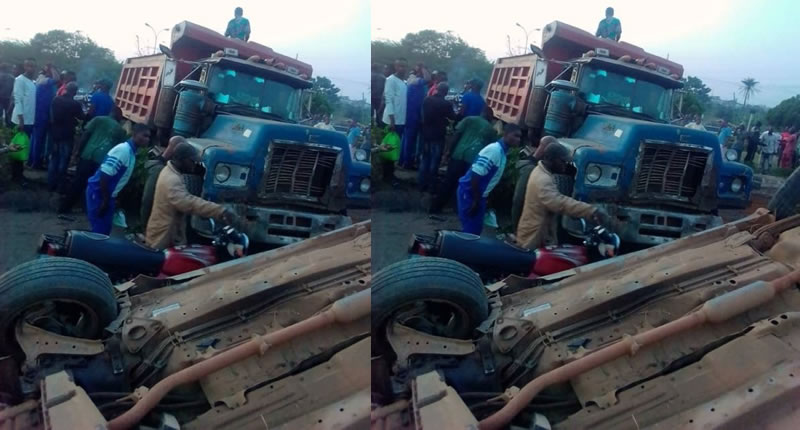 An accident has claimed the lives of three people, including a pregnant woman, at Lamenco Area of Osogbo, the Osun State capital.

WuzupNigeria gathered a truck, popularly referred to as tipper with registration number FNN 364 XA, loaded with sand, was heading towards stadium on the West bye-pass before its brake failed as it approached the sloppy Lamenco roundabout.

The tipper crushed a commercial motorcyclist with two passengers, a male and a female, on the bike. The tipper also hit a Nissan vehicle that had a pregnant woman as an occupant. She was rushed to the hospital where she eventually died.

“The tipper lost its break and was struggling to stop the car but failed, he was attempting to climb the wall of the roundabout when he crushed the commercial motorcyclists with the two passengers on it.