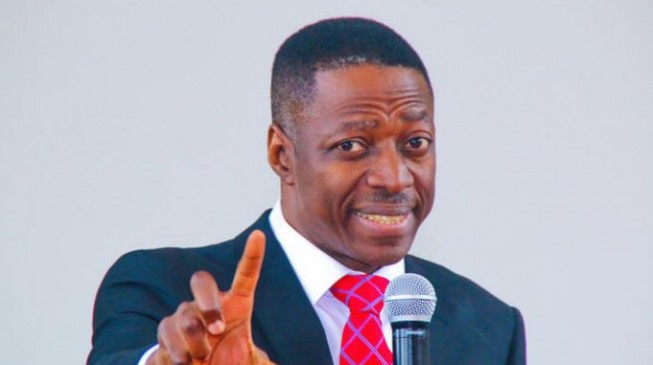 The Senior Pastor of Day Star Christian Centre, Sam Adeyemi, has described the law on tithing and offering as archaic, explaining that it has no relevance in the New Dispensation.

Adeyemi said this while preaching on the subject on Sunday, February 25. He urged his listeners not to entertain any guilt for not paying tithe adding that “People should not give out of fear.”

READ ALSO: TITHING IS NOT COMPULSORY! No one should feel compelled to pay, says Pastor Tunde Bakare

He said he personally took interest in the tithe debate, did a lot of studying and came to the conclusion that God is not angry with anybody that doesn’t pay tithe. He added that the person is also not under any form of curse.

“I have been following the tithe debate. I discovered that it has been an age long debate and it will be on for a long time. My first observation is that church people are behaving as if we own the word tithe.

“We don’t own the word. It is an English word. I want to say clearly that tithe, as practised under the law of Moses, has expired. The death and resurrection of Jesus have put paid to it. It has expired.

“All the requirements of the law were satisfied under Christ. It is a gamble to say Jesus never paid tithe. The fact that it was not written that Jesus paid tithe does not mean he did not do it.

“I can also claim that Jesus did not go to the toilet because it is not written. 18 years of his life were not recorded in the Bible. When he was born his parents satisfied the requirements of the law. John 21v25 says there are many things he did that were not recorded. Jesus did not say it was wrong to pay tithe in his day.”

Pastor Adeyemi further quoted Romans 8, saying the chapter “clearly tells us that we are free. No Christian should feel guilty for not paying tithe”.

“The law of the spirit of life in Christ has made us free. Romans 8 clearly tells us that we are free. No Christian should feel guilty for not paying tithe. There is nothing you can add to what Jesus did to be qualified before God. When Jesus said it is finished it was finished. Gal 3v13 says Christ has redeemed us from the curse of the law.

“If you commit murder, you realise what you did and you repent God will forgive you. But bear in mind that Police will arrest you and prosecute you. The forgiveness of God does not remove the consequences of our action.

“You are free to decide what to give. But if you sow sparingly you will reap sparingly. Tithing as practised under the law has expired but tithing as a general principle cannot expire. A Christian is free to give any percentage of his money. But just bear in mind that 10 percent is still part of the number. If somebody chooses to give 10 percent he should not be condemned and if he gives less or more than that he has a right to decide on what to do”